How do we analyse the J & K local elections? What are the takeaways for BJP? 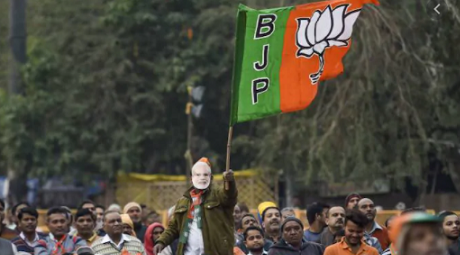 The District Development Council (DDC) elections in Union Territory (UT) of Jammu and Kashmir are behind us now with the results declared on December 22 and 23. According to initial data compilation, the BJP emerged as the largest single party with 75 seats, followed by the National Conference (NC) with 67, People’s Democratic Party (PDP) with 27, Congress 26, Apni Party 12, People’s Conference (PC) 8, CPM 5, JKPM 3, People’s Democratic Front (PDF) 2 and 50 Independents.

At one level, it needs to be seen that People’s Alliance for Gupkar Declaration (PAGD) parties together have won around 110 seats. So, as a group opposed to the BJP, they have clearly scored far better than it. Going by these elections, other things apart, the forthcoming assembly elections (to be held after a fresh delimitation) promise to be intense.

In the Kashmir region, the BJP had winners in three segments of Kakapora-II in Pulwama, Khonmoh-II in Srinagar and Tulail in Bandipora. In Pulwama, it appears the BJP candidate won because the NC and the PDP had both put up candidates there. In Khanmoh in Srinagar, and in Tulail, there were no PAGD candidates in fray. It got around 30,000 votes and that may be a beginning for it.

It is fairly commonplace to brand some parties as secular and some others communal in the electoral politics. The opprobrium of playing communally divisive politics is often enough led on the doors of the BJP these days. Let’s just see the data a bit more closely and see who all got elected during these elections from various parties.

Please take a communal break-up of the winning candidates of various parties and that may make for an interesting reading. We must remember: Facts are sacrosanct, interpretations free, before going any further. Of course, different people will interpret the facts on the ground to suit their own narratives.

Interestingly, the PDP does not have a clear majority in any of 20 districts. In contrast, the Congress has won 8/14 seats each in Baramulla and Shopian. That means its candidates will be heading the DDCs in these two districts. It can also share power with the NC in at least two more districts where there are no clear victors.

How do you interpret all this seemingly disjointed data? Please go ahead and do it any which way you like. Let us look back a little and compare these facts with recent Bihar assembly elections. Much was made by many commentators then that there were no Muslims among the BJP and Janata Dal (United), part of the ruling National Democratic Alliance (NDA).

As is clear from an earlier paragraph, there are several parties here in J&K which have only Muslims as DDC members. How do you interpret that fact and what narrative you push?