How good is J&K today?: A stunning praise emerges from the West 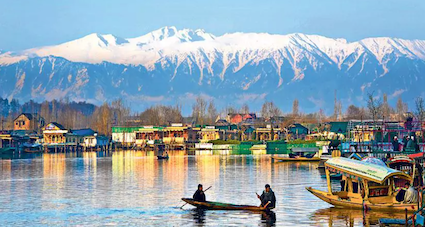 It’s two years since India’s President Ram Nath Kovind revoked Kashmir’s special status under Article 370 of India’s constitution. In effect, the move ended Kashmir’s autonomy and turned Kashmir into a union territory equal in status to Delhi or the Andaman and Nicobar Islands.

While the international community largely condemned India’s move and Pakistan reacted with outrage, both countries acted out of ignorance. Diplomats may have condemned the change to the status quo but, as legal specialist Kelly Buchanan for the nonpartisan Library of Congress noted, India’s Constitution categorized Articles 370 and 371 as “Temporary, Transitional and Special Provisions,” which means they never meant to be permanent. Technically speaking, the Indian government’s actions were legal.

While the change in status meant the application of the Indian constitution and 890 Central laws in Jammu Kashmir, many of these brought progressive change, including the Scheduled Caste and the Scheduled Tribes Act that forbade targeting and atrocities against lower castes; the Whistleblowers Protection Act, and the Right of Children to Free and Compulsory Education Act. Women in Jammu and Kashmir get full rights that Jammu and Kashmiri law had previously denied them. That prominent human rights groups like Human Rights Watch ignore such changes suggests they prioritize politics above their founding principles.

Pakistan’s complaints meanwhile were hypocritical: It had imposed state control over Gilgit-Baltistan, a region of Kashmir occupied by Pakistan. Nor did the Indian government’s move come out of nowhere: India’s own war on terror—made necessary by Pakistan’s sponsorship and support for Kashmiri terrorism—made the move necessary. Incidents of terrorism within Jammu and Kashmir dropped by more than half from 455 to 211 in the 402 days before versus the same period after the abrogation of Article 370. As importantly, there was a 40 percent decline in the involvement of Kashmiri youth in terror attacks.

The withdrawal of U.S. troops from Afghanistan—and with the U.S. Special Envoy’s empowerment of the Taliban—make the Indian decision to change Kashmir’s status prescient given the near-certainty that Afghanistan will soon revert to strategic depth for myriad anti-Western and anti-Indian terrorist groups.

India accompanied the initial announcement of the change in status with a crackdown that Western politicians and human rights activists widely condemned. First impressions matter. Many progressive politicians in Washington and well-meaning officials in Europe assume the measures that accompanied the change-in-status remain unaltered and that Kashmir is, essentially, under military rule.

Subsequent developments, however, tell a different story. In October 2019, the Blocks (loosely rural counties) held their first-ever elections in which locals chose 310 block development council chairpersons from 1,092 candidates. The polls were popular with a 98 percent turnout, perhaps because they were so local, although some critics poured cold water on the numbers. Even if such criticism is legitimate, the accomplishment is real.

Nor is the Indian investment only in the symbolism of elections; the national government has put its money where its mouth is. It has begun work to link Jammu and Kashmir to the national rail network and has inaugurated seventeen power projects that should generate 3500 megawatts of electricity for the territory within four years, equivalent to the Hoover Dam. In March 2021, Indian Finance MinisterNirmala Sitharaman announced a $14.6 billion budget for the territory, 37 percent of which the government earmarked for development and infrastructure down to the District and Block Council level.

The Jammu and Kashmir government also signed a memorandum of understanding with the National Agricultural Cooperative Marketing Federation of India to help move regional produce across India and internationally. This could increase farmers’ take-home pay three-fold.

Within progressive policy circles, a derangement syndrome exists toward Narendra Modi that predates his rise to India’s premiership and lies in animosity toward the Bharatiya Janata Party. Certainly, not all of their criticism toward Modi is unfair but that does not mean that every action his administration takes should be subject to automatic condemnation. The revocation of Article 370 was controversial, but it did not occur in a vacuum. While much of the world treated it with opprobrium two years ago, subsequent events show the Indian government’s move was both wise and prescient.

(This piece is taken with gratitude from the prestigious nationalinterest.org).