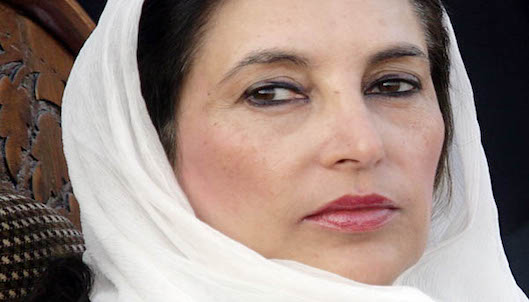 Long drives, travelling to far-off places, alone, with family and with select friends, was a passion for a long time. Countless trips from Jammu to Srinagar, Baramulla, thence to Uri, Wullar, Mata Kheerbhawani, Manasbal and beyond during the last two decades are etched indelibly in the memory.

Doing Jammu-Srinagar-Jammu almost non-stop was also done more than once. It was and is still a very early start, mostly at 4 am, yes that unearthly hour as some may exclaim helped immensely and always.

One trip on Jammu to Srinagar stretch with Sandeep Chaudhary, a friend now working with News 24 as Senior Anchor, is unforgettable. On that trip, I remember distinctly that we were in Srinagar on December 27, just 13 years ago, and giving us company was Sandeep’s jovial wife Neetu. Somewhere around Christmas, Sandeep planned to take a break from routine and I casually mentioned to him in Delhi that he should drive to Jammu. We can then proceed to Srinagar, see some places on the way, and making Srinagar as base, wander around through some other popular, and not so popular tourist destinations. The idea clicked and he reached Jammu in his Ascent car.

From Jammu, we started driving towards Srinagar; Patanitop and then halting overnight at Ramban accounted for our first day. We began late next day and stopped for two hours just short of the Jawahar Tunnel ahead of Banihal. We stayed at Sonawar Guest House which I prefer since electricity wasn’t quite secured ahead.

Reaching Srinagar well past noon, we later in the day again hit the road to have petrol filled and pick some snacks as well. At the gas station itself, a new section had snacks aplenty. I left a book by a western author, which I was reading, at the cash counter as we hunted for snacks.

This is when a few young locals picked up my book at the counter and began making remarks which were directed at us. One read out the title of the book: “Destruction of Democracy in Pakistan by Allen McGrath.” He then remarked in a resentful voice: What did the author know about democracy in Pakistan.

As an amused Sandeep watched, I tried to argue with the youth that McGrath had based his narrative on inputs and guidance from a Pakistani academician of repute. Perhaps, someone from Lahore who knew the best and worst his country Pakistan had gone through. The point I was trying to make was that the perspective given in the book was not necessarily biased. The next I found myself was in the midst of an almost heated debate on how democracy had failed to take firm roots in Pakistan.

Starting with Ayub Khan, I also recounted what Yahya Khan and Zia ul Haq had done to civil  institutions and what Musharraf was doing those days. How tenuous was the hold of any civilian government on levers of power, and so on, were also point I was trying to drive home. But the local youths, of whom more than one was interjecting, saying McGrath was biased, were not willing to relent.

Convinced of my arguments, I tried to string my arguments saying Pakistan was every bit a sham democracy and the last straw was my mentioning creation of Bangladesh in December 1971. My argument was that if power had been handed over to Sheikh Mujibur Rahman, in March 1971, after he won the elections, may be we will still have East Pakistan and West Pakistan in existence. Instead of a new nation of Bangladesh emerging on the world map.

It was India which had created the conditions for creation of Bangladesh, and not atrocities on Bengali-speaking East Pakistanis that created Bangladesh, a youth argued. He went a step further and said defiantly that Pakistan was doing in Kashmir what India had done in East Pakistan once upon a time. Somehow, I realised that by now the shop was full with almost 10-15 people and almost everyone was hearing us debate, with none ready to concede.

In trying to extricate myself from what seemed like a deteriorating situation, I said meekly that the title of the book was correct. Against my better judgement, I again said that Pakistan was no democracy and misleading ordinary citizens of Jammu and Kashmir regarding standing up for their democratic rights. This seemed to anger the youth who were, by now, very animated, and spoke to one another in Kashmiri.

Just then, the shopkeeper held the TV remote in his hand and switched to a news channel, and after barely 10 seconds, something flashed as “Breaking News”. As we watched, the Anchor on screen announced: Benazir Bhutto, who had returned to Pakistan from exile In October to participate in elections,  had been assassinated! Initial reaction of everyone in the shop was pin drop silence. Stunned, nobody said a word more but I grinned stupidly, as my arguments had been declared clear winners in far-away Rawalpindi.