If Nusrat Jahan’s marriage is not valid, did she lie under oath in Lok Sabha? 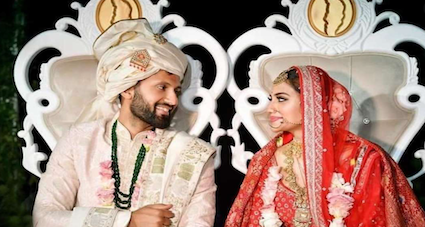 The actor-turned-politician and Trinamool Congress MP, Nusrat Jahan broke her silence regarding her separation from Nikhil Jain. The Trinamool Congress MP released a statement, revealing that her marriage with Nikhil was neither according to Turkish Law nor valid in India.

Stating that as her marriage was not legal, valid, and tenable, there is no question of divorce, she clarified. “Our separation happened long back, but I did not speak about it as I intended to keep my private life to myself,”

As per the Indian laws, a couple of different religions need to get married under the Special Marriage Act to get married without one of them converting to the religion of the other. However as their marriage is not registered under that, Nusrat’s claim about her marriage being invalid stands correct.

But it is interesting to note that, while the marriage took place in 2019 and since they know the basic laws related to the validity of marriage, did she still choose to lie in the parliament to support her political career?

The Loksabha records show that her marital status is married and her husband’s name is Nikhil Jain, with the marriage date recorded as of June 19, 2019. But since their “separation happened long back”, why did she never consider making corrections in legal documents?

Apart from it, it has now come to the surface that she had provided wrong details about herself in Lok Sabha because while taking her oath she has used the name Nusrat Jahan Ruhi Jain. However, nowhere in her documents, she has used Jain with her name.

While Nusrat, in one of her social media posts wrote that she doesn’t want to be remembered “as a woman who can keep her mouth shut,” there are several questions doing rounds on social media from which she is running away.

Social media users have questioned the authenticity of her oath and asked whether she lied on the floor of the house. Several netizens targeted her for insulting Bengali people by uttering lies about her marriage and using Hindu traditions of adorning Sindhoor.

Tech entrepreneur Arvind Gupta wondered if her oath is still valid as she had taken the oath under a wrong name.

Stating that she would “never speak up about my personal life or anyone I am not related to. Thus, people who call themselves “normal people” must not entertain anything which is not related to them,” but how can one not question her when she herself being a politician has opened a pandora’s box in terms of interpretation of marriage laws in the country.