If State or Centre don’t intervene in Bengal, Hindus have the right to take action’: VHP 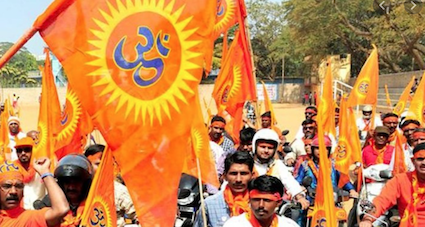 The Vishwa Hindu Parishad has demanded immediate action from the West Bengal government, condemning the violence against the BJP workers. Failing which, it has asked the Central government to step in.

“Any inaction from the current government and political leadership is equal to instigating violence. In such case, Hindus have the right to take any action to save themselves, and we will use the right,” said Milind Parande, secretary-general of he organisation.

“The Hindu community in West Bengal is scarred for life, and the state administration is sitting with its eyes closed,” said Parande. He added that police is nothing better than mute spectators as Hindus are losing lives and proprties. “Over a dozen people have lost their lives. Countless houses, shops, temples, colonies and business establishments have been destroyed in the state,” he added.