If Zimbabwe can be suspended why not Indian cricket board? 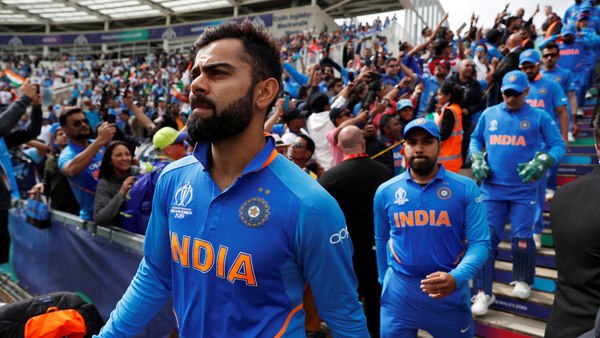 The International Cricket Council (ICC) has suspended Zimbabwe Cricket for what it perceives as “government’s interference” that runs foul of the rules of cricket’s premier body. But what about Board of Control for Cricket in India (BCCI) which has been taken over by the Committee of Administrators (CoA) for over two years now?

This has been brought to light by Zimbabwe government which is reeling under the impact of ICC’s recent suspension of it from global cricketing community, ostensibly for the government takeover of the game in the African country. It has written a letter to the ICC in which it has not only cited the example of BCCI but also that of Pakistan Cricket Board (PCB) and Sri Lanka Cricket.

The Sports and Recreation Commission (SRC) which has the backing of the Zimbabwe government claimed that other boards, like Sri Lanka and Pakistan, are also in breach of ICC’s article 2.4D which refers to government interference and which has been cited by the ICC to suspend Zimbabwe Cricket.

In a letter to the ICC, the SRC noted: “Certainly this appears to have been the case in the following instances, where conceivably, it was apparent that there had been  breach of the particular member obligations under Article 2.4D of the ICC constitution regarding “government” interference, if the wider meaning of the term is applied.

Citing the example of BCCI, the letter said: “On 30th January 2017, the Supreme Court of India nominated a four-member Committee of Administrators to look after the administration of the BCCI in order to implement the Lodha Committee reforms. Added to this, is the fact that BCCI has long indicated that it will not play a bilateral series with Pakistan unless the Indian central government allows it to do so,” the letter said, as per Mumbai Mirror.

“There must be a cogent reason for the ICC not taking action in respect of the above violations of the aforesaid Article 2.4D and whatever those reasons might be, they obviously constitute “acceptable non-compliance.”

The letter also focuses on the non-compliance in Pakistan and alleged if it was because the present chairman of the ICC, Ehsan Mani, is a former ICC chief.

“The Pakistan Cricket Board’s constitution allows the Prime Minister of the country to nominate its chairman, as is reported to have recently occurred. On the face of it, this constitutes a violation of the ICC’s articles. Again, however, inaction appears to have been motivated by applying the principle of “acceptable non-compliance,” particularly when one takes into account that the individual concerned is in any event a highly respected and experienced member of the cricket fraternity and a former chairman of the ICC,” the letter stated, without naming Mani.

On Sri Lanka, the letter espoused the following reasoning. “On 31st May 2017, the country’s sports minister appointed an interim committee known as a Competent Committee for Sri Lanka Cricket owing to an impasse over the holding of its elections. There is an obvious parallel with what has obtained in Zimbabwe Cricket viz the decision of the SRC. Indeed, just as is intended by the Interim Committee in Zimbabwe, the Competent Committee saw to it that credible elections were eventually held eight months later in Sri Lanka.”

Giving examples of England, Australia and New Zealand teams refusing to tour Zimbabwe in the past after having coming under government pressure, the letter sai: “Numerous other examples abound.”

“The point, however, is to emphasize the fact that the ICC appears always to have adopted the principle of “acceptable non-compliance” where government intervention in the affairs of respective ICC members have been unequivocal.

“Assuming therefore that the SRC’s actions are considered as “government” intervention, there is little to distinguish its actions from that of the foregoing examples…The allegation has been made that the Government in Zimbabwe has unilaterally interfered with the affairs of Zimbabwe Cricket…With respect, the SRC does not consider this to be the case, and rejects any such allegation in its totality.”