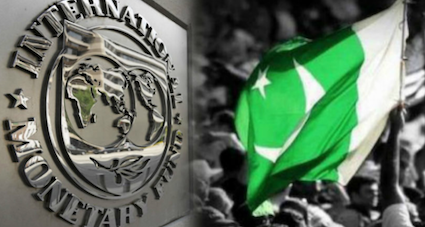 The Financial Action Task Force (FATF) is unlikely to remove Pakistan from greylist for next few months, according to German media house DW. A three day session of the FATF  started in Paris on Tuesday (October 19-21). This news emanating from Germany is significant as FATF is presently headed by Dr Marcus Pleyer, a German citizen.

The German media house sources said in a Paris datelined report that FATF decision on Pakistan may be taken in the next session slated for April 2022. These six months can prove very difficult for Pakistan which is already facing a serious economic crisis. Its continued presence on greylist will impede the flow of investments and lending from international institutions.

The economic crisis in Pakistan is already worsening, with International Monetary Fund (IMF) refusing to give it funds. It had sought $6 billion from IMF but the latter put up some conditions which it has failed to fulfil. As such, the IMF has stopped the flow of funds which it could have availed in several tranches, subject to the satisfaction of IMF.

The news about IMF refusing fresh loan to Pakistan affected the market sentiment badly and the Pakistani rupee tanked to an all time low of Rs 173 to an American dollar. Officially, Pakistan has denied that IMF has refused loans, arguing that talks were still going on as agency officials were vetting the papers submitted by Islamabad.

The sources said that in Tuesday’s (today) session, all that FATF may do is to “appreciate Pakistan’s efforts’’ so far to be removed from the greylist. Besides, it is also expected that the members participating in the session may be informed that Pakistan is still short of meeting the FATF criterion.

The FATF will conclude today and out of seven action plans, even Pakistan claims it has progressed but not on all of them. “We expect that the plenary will accept a few points and will declare compliant or largely compliant on a few of them,” said a Pakistani official.

The FATF plenary held last July had kept Pakistan on the grey list and simultaneously handed over another action plan comprising a total of seven points to implement them in order to avoid falling into the blacklist.

Incidentally, Pakistan was put on the greylist in June 2018 and was asked to implement a 27-point action plan to curb money laundering and terror financing by the end of 2019. However, it failed to do so and at satisfy several plenary sessions, FATF decided to give it more opportunities to comply. Pakistan officials have tried to repeatedly get removed from the list so that investment climate can improve.

At one time, the FATF plenary had declared that Pakistan had complied with 26 conditions (out of 27). However, it also said that unless and until all 27 conditions (rather preconditions) were met by Pakistan, it could not be removed from the greylist. In fact, at one time, there were discussions that Pakistan could be put on blacklist, a notch lower than greylist, when it did not make any progress on the points flagged by FATF.

In June this year, Pakistan was retained on greylist as it had failed to “adequately investigate and prosecute leaders of UN designated terror groups’’.  In mid-August, its spy agency Inter Services Intelligence (ISI) helped the Taliban wrest power in Afghanistan. Many of the Taliban ministers of the interim government are UN-designated terrorists. Fearing possible action from FATF, Pakistan has not given recognition to the new government in Afghanistan. Interestingly, it has been urging other nations to grant recognition to the Taliban government and even China, its best time tested ally, has ignored its entreaties.