Impeachment of Trump: Look at it any way, it’s grossly unfair 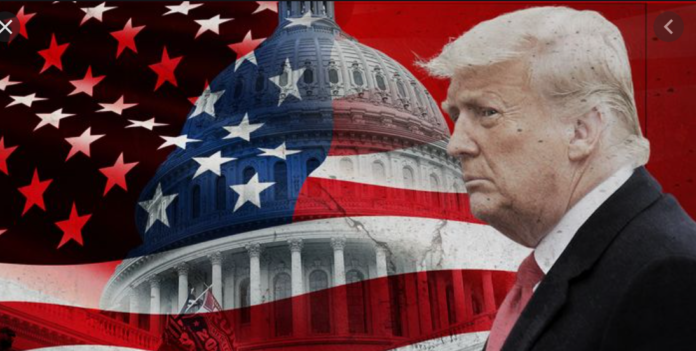 The impeachment of former US president Donald Trump looks grossly unfair by the US Congress and there are multiple reasons for it.

An early draft of the Article alleged the crime of incitement to violence against the US government. But the present version alleges no crime. It only claims that Trump lied and pressured people and that he somehow could have “foreseen” violence.

The Article is constitutionally and legally defective. The Constitution permits impeachment only for “Treason, Bribery, or other high Crimes, and [high] Misdemeanors.” Trump has been impeached without any serious allegation that he was guilty of any of those charges.

An assumption behind the Article seems to be that any bad behavior can be a “high misdemeanor.” At one time, some commentators believed that. But there is little basis for that belief any more: A trove of new evidence (pdf) tells us that when the Constitution was adopted, a misdemeanor was necessarily a crime. And a high misdemeanor was a serious crime not meriting the death penalty.

Examples of “high misdemeanors” were bribery, assault, and attempted murder. A rousing speech calling for the crowd to walk in freezing weather over a mile to the Capitol “peaceably and patriotically” just doesn’t fit the bill.

So how is it fair—not to mention constitutional—to impeach under those circumstances?

Here’s another issue of fairness: A basic theory of the Article of Impeachment is that Trump deliberately spread false information for his own political benefit—that he falsely claimed the election was stolen to further purely personal goals.

Now, that behavior, if true, still wouldn’t be a crime and therefore not a high misdemeanor: Politicians lie for personal benefit all the time, and sometimes violence ensues. But even if the charge were legally sufficient, the burden of proving it still rests squarely on the prosecution. In impeachment cases, the traditional standard of proof is “clear and convincing evidence.”

Specifically, the prosecuting House managers must demonstrate decisively (1) that the election was fair, (2) that Trump had no reasonable grounds for believing otherwise, and (3) that he had a corrupt motive for lying.

As of now, however, there is no indication the prosecution intends to introduce evidence on any of these points. One reason may be to keep the 2020 election irregularities off the public radar—which is a shame, because election integrity ultimately is more important to the country than the impeachment of any former president.

That’s not all. Other types of unfairness should have the “civil libertarians” howling in protest:

Perhaps the real goal of Raskin’s letter is to lay a basis for subpoenaing Trump as a witness. This would be technically constitutional because the Fifth Amendment privilege against self-incrimination applies only to criminal proceedings. But it would be another sign that the Article of Impeachment was adopted without sufficient evidence to support it.

(This article is a reprint courtesy Epoch Times).