Imran’s ex-wife Rehman fired at: Calls out “cowards and thugs” 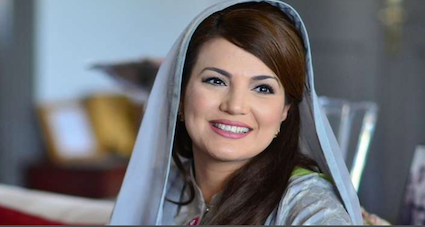 Pakistan Prime Minister Imran Khan’s ex-wife Reham Khan has alleged that her car was “held at gunpoint” while she was returning from her nephew’s marriage.

Training her guns on Imran Khan over the attack, Reham Khan said Pakistan had become a land of “cowards, thugs and the greedy” under her former husband’s rule.

She alleged on social media that her vehicle was held at gunpoint by two men on a motorbike who opened fire. Khan also mentioned that she had just changed vehicles and it was her driver and her private secretary who were in the car at the time of the incident

“You know me!! I would prefer a duel, not a cowardly covert attempt,” she stated in another tweet lambasting the Pakistan officials. She went on to say that “I don’t fear death or injury but I am outraged and concerned about those who work for me,” she added.

Reham Khan was married to Imran Khan from 2014 to October 30, 2015. In 2019, Reham Khan had said Imran Khan was a puppet of the country’s military and had come into power by compromising on ideology and moderate policy.