In 40 Muslim-heavy seats in Assam, voters have increased up to 55% 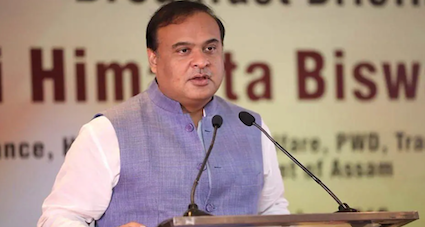 Assam Chief minister Himanta Biswa Sarma recently appealed to the Muslims in the state to adopt birth control measures to check the population growth. With the emerging data, CM Sarma’s concern seems to be correct.

Districts including Barpeta, Dhubri, Goalpara, Hojai show that the district’s demography has changed radically after the population growth of Muslims in the area. In the Barpeta district, the number of Muslim voters increases by more than 50% from 2011 to 2021. The increase in number also highlights the upsurge in immigration activities.

It is worthy to note that these constituencies are located in places dominated by indigenous communities like caste Hindu Assamese and local tribal populations.

The increase in the proportion of Muslims in the population can also be seen in the election results. Out of these 40 constituencies, Bharatiya Janata Party won only 7 seats while Badruddin Ajmal led AIUDF with Congress alliance won the major portion.

This shows that the concern of Himanta Biswa Sarma is valid to stabilize the population and the state’s demographic profile.