India blows up bunkers across the LoC; 7-8 Pak soldiers killed 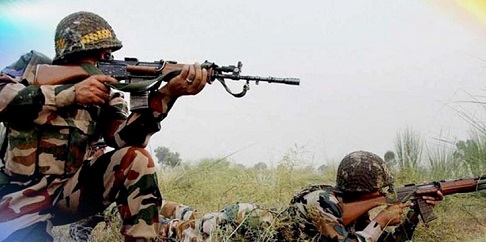 Some 7-8 Pakistani soldiers are reported to have been killed after the Indian army rattled several bunkers and posts across the Line of Control (LoC).

Three Indian soldiers are also said to have lost their lives due to unprovoked Pak shelling. Two jawans lost their lives in the Uri section where three civilians were also killed. One soldier died in the Gurez sector.

In a video accessed from opposite Tangdhar sector, the Indian Army’s effective retaliation can be seen as a Pakistan bunker is rattled to pieces. In a video just before the blast, a Pakistani ranger can be seen running for life. As per sources, heavy casualties have been suffered by the Pakistani Army.

The Indian army has issued a statement, informing that the Pakistani army had opened fire across Dawar, Keran, Uri and Naugam sectors.