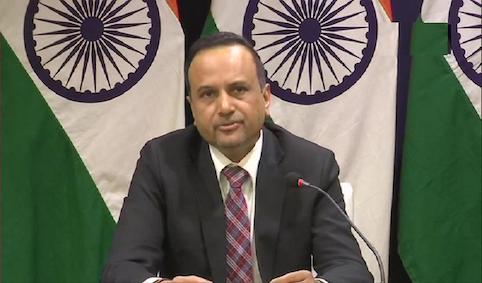 The MEA spokesperson Anurag Srivastava, while addressing the press, said “The timing of these actions clearly suggests the intention of conveying a sense of compliance ahead of the Asia Pacific Group meeting and next FATF plenary meeting in February 2021,”

The comments came soon after the news started rounding that Lakhvi, the mastermind of the 2008 Mumbai attacks and Lashkar-e-Taiba group commander, was sent to jail for 15 years. He was arrested by the counter-terrorism department of Punjab in Pakistan. “The Anti-Terrorism Court (ATC) Lahore convicted Lakhvi for the commission of offenses of terrorism financing in a case registered by the CTD for 15 years under different sections of the Anti-Terrorism Act 1997,” a Pakistani court official told PTI.

Masood Azhar’s arrest warrant was also released on Thursday for his involvement in terror financing.

It is interesting to point out, while on one side it is sending terrorists behind the bars, on the other hand, Pakistan had gone to United Nations Security Council to get ‘basic expense for both Saeed and Lakhvi’. Both are United Nations listed international terrorists. Islamabad had defended the move saying the ‘exemption was in line with the established procedures and practices of the UNSC 1267 Sanctions Committee.