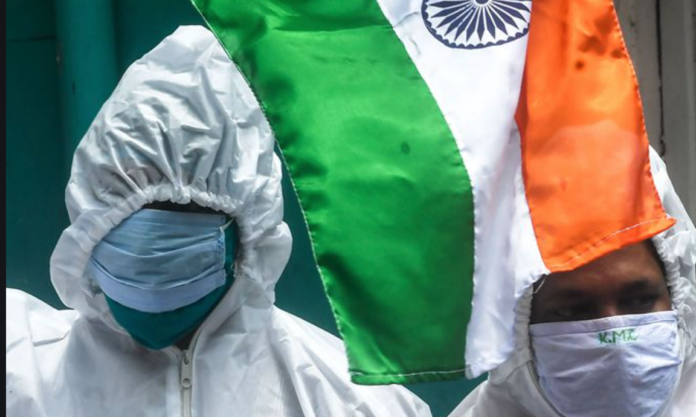 India has a fully-mapped “vaccination diplomacy” in place for its neighbours but as one would expect, Pakistan will not be a recipient of this largesse.

India is shipping free millions of doses to Nepal, Bhutan, Bangladesh, Myanmar, Sri Lanka, Afghanistan, Maldives and Mauritius. Of course but for the first shipment, the subsequent ones would be on payment basis, depending on whether they choose the one of Serum Institute or opt for one of Bharat Biotech.

But Pakistan doesn’t figure in this list which has led to senior journalist Naveen Kumar of ANI, tweeting that India should help Pakistan with vaccines. This has led to outrage on social media with noted political commentator Sushant Sareen terming it as “Prithviraj Chauhan chivalry syndrome.”

Wrote Sareen: “Unsolicited advice and unsolicited assistance must never be given, certainly not to an avowed enemy who will butcher you the moment he gets even half a chance. And this is a thought not just for Sunday but every single day. Please get over Prithviraj Chauhan chivalry syndrome.”

Prithviraj Chauhan, on multiple occasions, drove out the invading forces of Mohammad Ghouri in the 12th century before the latter succeeded at last. It opened the way for Muslim domination in India’s heartland, first as Delhi Sultanate and later as Mughal Empire.

Someone questioned the logic of helping out an enemy who keeps bombing our borders, infiltrating and heaps allegations at UN and other global forums. Someone reminded Kapoor of the mutilated bodies of our soldiers returned in the past. Others mentioned that such is Pakistan it could actually accuse India of harming it through vaccine. One reminded that Pakistan in fact had refused India’s aid during an earthquake.

Be that as it may, India’s vaccination diplomacy is firmly in place. Nepal, with whom India hasn’t had pleasant exchanges in recent past, has openly asked for India’s help. Myanmar government has announced that it has signed up with Serum institute for vaccines as has Bangladesh. Foreign minister Dr S Jaishankar has promised Sri Lanka that vaccines would be made available to them soon.

Interestingly, the Modi government isn’t going to hike up the prices of vaccines for neighbours. They would be charged as much as Indians are putting on the table. Of course, the priority would remain to keep Indians freed of Coronavirus before they are shipped across borders.

Meanwhile, farther from the continent, Brazil has signed up a deal with Serum Institute. So have countries such as UAE, Morocco, Saudi Arabia and South Africa, among others.

It also deserves mention that the vaccine prepared by China has been found to be only 54% effective in Brazil who has now suspended its usage on its citizens.