India-Pakistan at LoC: The only time when guns had almost stopped booming 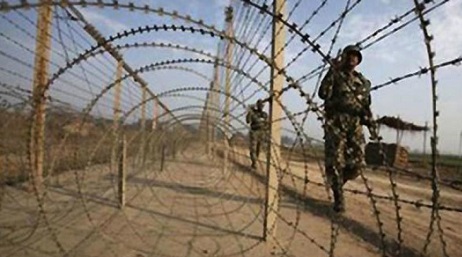 A ceasefire had come into being from November 23, 2003, during the Atal-Musharraf era which more or less held for five years till ending 2008.

There were some incidents of flare-up in some sectors but these were handled well and did not spread. Basically, they were dealt with strongly by both sides and were smothered.

In fact, the offer for ceasefire was made on the eve of Eid (November 23) by Pakistan Prime Minister Zafarullah Jamali on behalf of Musharraf. It took a couple of days for India to accept it though it practically came into force that day itself. Two months before that, General Pervez Musharraf made the ceasefire offer for the first time on September 25, 2003, while speaking at the United Nations General Assembly.

On November 26, 2008, 26/1–in popular terminology–10 terrorists of Lashkar e Toiba (LeT) attacked the iconic VT railway station, Taj Hotel and Oberoi Hotel. The attacks lasted a couple of days and 166 people, including several foreigners, lost their lives. After this terror attack, the ceasefire, which was an informal agreement riding on the goodwill of the two nations, virtually evaporated in thin air. The element of trust that was germinating was nipped in the bud by terror proxies of Pakistan.

22. “Mr President, once again, from this august rostrum, I invite India to join Pakistan in a sustained dialogue to resolve the Kashmir dispute. I am convinced that, with goodwill, we can find solution, which is acceptable to India, to Pakistan, and above all, to the Kashmiri people. 23. I also invite India, jointly with Pakistan, to observe a complete ceasefire along the Line of Control in Kashmir.”

On a review of that ceasefire in 2020, 17 years later, we find that the past many years, ceasefire violations (CFVs) are more talked about, not the ceasefire.

General Musharraf had made the ceasefire offer for Line of Control (LoC) in Kashmir. However, when it was implemented, there was cessation of hostilities on International Border (IB) defined as Working Boundary by Pakistan, and AGPL (Actual Ground Position Line) also. That sure gave a breather to the security forces of the two countries deployed against one another.

Use of terrorism against India as its unstated official state policy by Pakistan has done most of the damage to relationship between the two neighbours. The final blow was the Pulwama terror attack by Jaish e Mohammad (JeM) cadre Aadil Far on February 14, 2019. Balakot aerial strikes, downgrading of trade ties and other steps have followed.

Much in the same manner, on November 19, 2020, four terrorists were killed by the Indian security forces near Ban toll plaza in Nagrota near Jammu. It is perhaps for the first time that several soldiers on both sides have died in ceasefire violations in 2020. In these violations being recorded in the years earlier, mostly civilian casualties were reported.

The reason for the increasingly belligerent attitude of Pakistani forces seem to be their attempts to help the Chinese. By keeping the Indian forces busy on the western front, they are extending help to the Chinese on the eastern front. Another plausible reason can be to aid terrorists making attempts at infiltration into the Indian territory.

From here on, General Winter often takes over the mountainous terrain between the two nations. The General, answerable only to Gods, proves at times much more effective than any deployments in foiling infiltration attempts. It is only after mid-April that even fidayeen attempt to cross over into the Indian side and foment trouble in J&K.

The November 2003 ceasefire was an understanding between the two sides in which no documents were signed, and exchanged. But it was effective for years altogether without a single shot being fired from either side. So long as ceasefire lasted, it helped both the security forces and civilians located on forward positions.

The word ceasefire actually seems like a cruel joke now with daily incidents of small arms firing, mortar shelling and even heavier calibre artillery being used. It is over and done with.