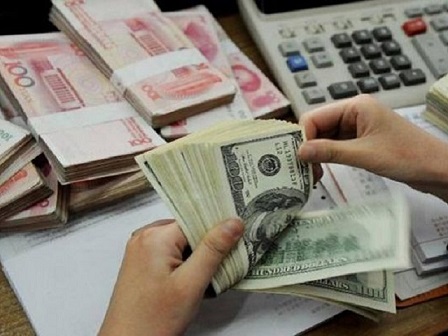 India’s foreign exchange reserves have reached the highest it has ever so far: It jumped by $3.883 billion during the week ending August 28, as per a report in the Financial Express.

The weekly statistical supplement of India by the Reserve Bank of India (RBI) states that the reserves have risen to 541.431 billion from $537.548 billion reported in the week ending August 21.

Expressed in dollar terms, the foreign currency assets include the effect of appreciation or depreciation of non-US units like the euro, pound, and yen held in the foreign exchange reserves.

However, the value of the country’s gold reserves fell by $64 million to $37.2 billion.

Also, the nation’s reserve position with the IMF increased by $22 million to $4.657 billion.