India to manufacture almost 70% of Sputnik vaccine by August 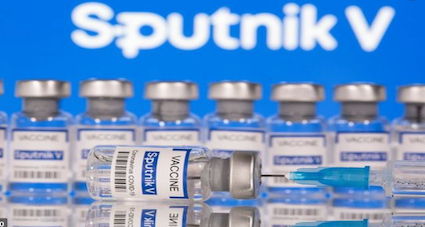 India would produce almost 65-70% of Sputnik V vaccine beginning August, it was declared by Indian envoy to Russia DB Venkatesh Varma on Saturday.

As per the Indian envoy, Sputnik has so far provided 210,000 doses to India. By the May-end, it would have shot up to 3 million doses. By June end, it would have hit 5 million mark and thereafter, it would be produced in India itself from August.

Varma outlined three phases of this cooperation between the two countries.  The first one is direct supply from Russia which has already begun. The second is Russia sending vaccines procured through the Russian Direct Investment Fund (RDIF). The third is local manufacturing of Sputnik V vaccines in India.

“Russian side will transfer the technology to Indian company & the Indian company will produce it fully in India. All these 3 put together will be about 850 million doses,” Varma added.

The “Sputnik Lite” dose of Covid-19 would also be soon available in India.

On being asked when can India expect the delivery of Russia’s S400 Missile system, the Indian envoy said that the system will be delivered in the last quarter of this year.

India has inked a contract for the deal during Russian President Vladimir Putin’s visit in 2018. Currently, the Indian military personnel are being trained in Russia to operate the missile defence system.