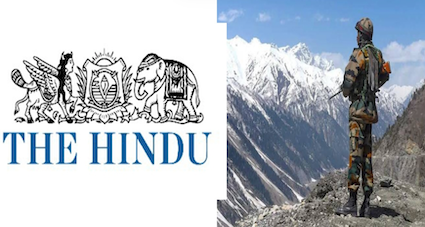 The Indian army has dismissed the media reports claiming that a minor face-off took place between Indian and Chinese troops in Galwan Valley in Eastern Ladakh in May.

But the Army clarified that no such incident happened and the article published in the media “seems to be inspired by sources who may be trying to derail the ongoing process for early resolution of issues in Eastern Ladakh”.

They also informed the same through their official Twitter handle and wrote, “It is clarified that NO such minor face-off has taken place between Indian and Chinese troops at #Galwan Valley in Eastern Ladakh in the first week of May 2021 as reported,” they said in a series of tweets.

The  Army Chief General MM Naravane further confirmed it in a television interview where he mentioned that the neighbor (referring to China) has been “cordial so far”. Also, it is important to note that he pointed out that “disengagement has happened, (but), not de-escalation”.  Last week also General Naravane mentioned that India is keeping a close eye on Chinese military activities.  He also hoped that both sides will be able to make forward movement in resolving issues in other areas.