Indian cricket team has a packed schedule in 2022 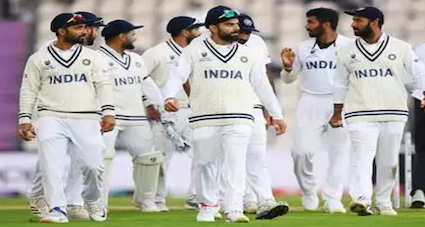 Indian cricket team has a busy 2022 ahead of them, not to forget the T20 World Cup which would feature at least two matches against Pakistan.

And the fact that the Indian Premier League (IPL) this season would have more days and more matches because of the addition of two new teams.

Presently, the team is in South Africa and would first finish off their remaining two Tests, beginning January 3 and 11, followed by three ODIs to be played on January 19, 21 and 23.

Following the SA tour, Team India will host West Indies and Sri Lanka before the Indian Premier League. The three ODIs will be played on February 6, 9 and 12 while 3 T20Is will take place on February 15, 18 and 20.

The month of April and May are booked for the Indian Premier League. The addition of more matches will mean a delayed end to the league. The T20 tournament might end in the last week of May.

Rarely does India host international cricket in the month of June due to extreme heat. This year, India will host SA in 5 T20Is on June 9, 12, 14, 17 and 19 in Chennai, Bengaluru, Nagpur, Rajkot and Delhi, respectively.

Team India will kick off the England tour with a Test match, to be played from July 1 to 5. The fixture will be considered as the 5th match of the series which was halted due to COVID-19 last year. India lead the series 2-1. The three T20Is will be played on July 7, 9 and 10 while the ODIs will take place on July 12, 14 and 17.

The Men in Blue will make their first trip to the Caribbean islands since 2019 and will land there for 3 ODIs and as many T20Is in July-August. After the WI tour, the players will participate in Asia Cup in September. India are the defending champions and will aim to retain the title once again. India and Pakistan will resume their rivalry in the tournament. The tournament will be played in Sri Lanka.

The Rohit Sharma-led side will land in Australia for T20 World Cup 2022 after the Asia Cup. There again, the Men in Blue and Men in Green are highly likely to square off. The ICC event will be played from October 16 to November 13.

After the T20 WC, Team India will tour Bangladesh for 2 Tests and 3 ODIs. The dates for the series will be announced in the coming months.