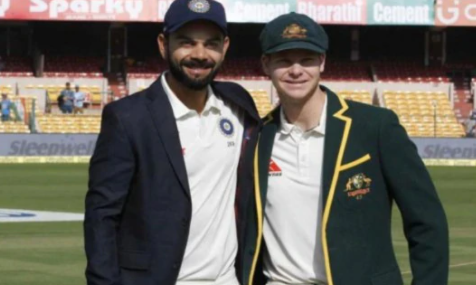 The new tentative schedule of Indian cricket team’s tour to Australia is out with significant changes.

The tour would kick off with a three-match ODI series from November 26 while the T20 series will begin from December 4. The first Test of the series would take place on December 17 which would be a pink-ball match at the Adelaide Oval.

Earlier, India was to play a T20 series against Australia in October, followed by T20 World Cup Down Under and then a Test and a ODI series. Due to Coronavirus pandemic, the October tour stands scrapped and schedule is completely new now.

The Board of Control for Cricket in India is looking to fly the entire contingent from bubble-to-bubble. Those who are selected for the tour and are not part of Indian Premier League (IPL) 2020 campaign in UAE, will be called up and quarantined in Dubai before being assembled with the rest of the players for the flight to Australia.

As far as the Indian contingent is concerned, a 25-27 member team for all formats is expected to be picked by the BCCI selection committee for the tour Down Under.

A big issue as of now is if players could be allowed to train even while being in quarantine since the first match of the tour takes place on November 26 while the IPL final is on November 10.