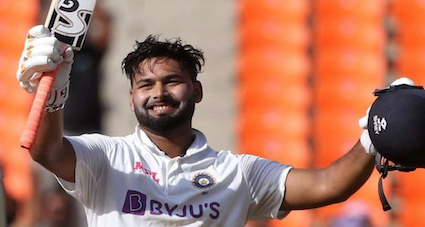 Two of the 23 Indian cricketers in the ongoing tour of England have tested positive for Covid-19 during the 20-day break and will not be travelling with the team to Durham on Thursday. The said players have been isolated from rest of the squad.

According to sources,  both the players were asymptomatic as such and there were minor signs of cough and cold when they were tested for COVID-19.

“Luckily, there is nothing to worry as one of the players has already returned negative since testing positive, the other player will be tested on Sunday and is currently in isolation. He is asymptomatic as well and we are confident that he can join the camp soon after negative reports,” sources confirmed.

Rishabh Pant it is then #Covid https://t.co/kVu35IKRMu

The BCCI has asked all the players and support staff who came in close contact with the player to isolate themselves for the next three days.

The Indian team will play a warm-up game from July 20 to 22 against a County Championship XI team that is being arranged by the England and Wales Cricket Board (ECB) after a request from the Board of Control for Cricket in India (BCCI).

England will face India in the first Test of the series from August 4. The series will conclude with the last Test match taking place on September 10.