Indian students: Out of China and staring at a bleak future 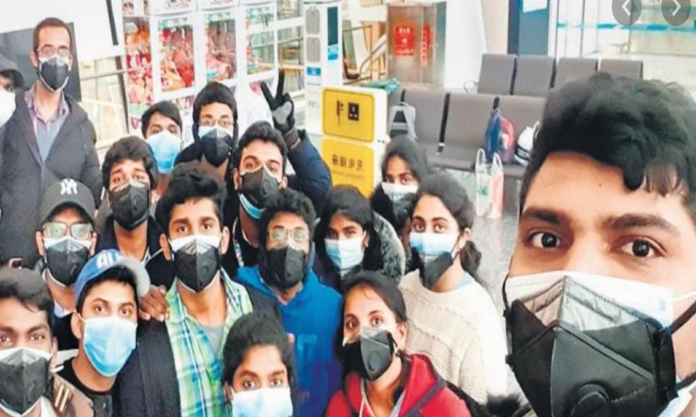 They number in thousands, 25,000 and more. They are young. And looking at a bleak future. All because Coronavirus happened and they had to leave Chinese Universities and return to home in India.

None of them would’ve reckoned such an eventuality when they boarded the plane to India in early 2020. But then Galwan Valley happened, India lost 20 soldiers in Ladakh, and a chill descended on India-China ties. It turned so frosty that both armies were face-to-face on borders, until a couple of days ago. But the downgrading of ties have continued unabated: India banned hundreds of Chinese Apps, began sidelining them in electronic, telecommunications and a number of other contracts. China, on its part, clamped down on issuing visa to foreigners, more so to Indians.

These are Indian students. Most of them, some 90%, are medical students, quite a few in Wuhan which is seen by most globally as the epicentre of Covid-19.

South China Morning Post quotes Ahmed Suhail, 22, who lives in Vellore, Tamil Nadu and returned to India on an evacuation flight from Wuhan last February. He had been studying medicine at Wuhan University since 2015. If he had stayed put, he would’ve been a graduate by June 2021. The dreams of turning doctor, and practicing in India, are in tatters.

Not that Suhail didn’t try to find his way around. He took online course for five months. But they were no good. The online courses are not “useful” because the final year of his medical studies is an internship year of live practise and online route isn’t all that helpful.

For Indian students, mostly medical, China is a favourite destination. The tuition fees is reasonable, admission process is a walk and degree obtained is workable in India. In all of all foreign students who go to China, India is the fourth-largest of all.

Officially, some 723 students returned on evacuation flights from Wuhan to India. But the data is sketchy on other educational institutions. No data is available on how many Indian medical students returned to India. They are no different to other foreign students who had ventured for China. Now about 12,000 of them, from around the world, have signed an online petition calling on China to open its borders to them. There is a social media hashtaq— #TakeUsBackToChina—which is trending on their behal, to no luck one might add.

Indian students, as can be expected, in a bigger hole. The two countries are at each other’s throat. India, in the wake of Galwan Valley, has banned 267 Chinese apps in retaliation. It includes WeChat which is the source of communication between Indian students and Chinese teachers.

Those who are registered under a Chinese mobile phone number—as Sohail is—are able to maintain WeChat. But there are not many Sohails who are lucky in this respect. As said, due to India’s tough stance, not many students could stay in touch with their teachers or take online classes which were being run on WeChat.

As Indian students erupted in helplessness, the Wuhan University is now using DingTalk, the messaging app owned by Alibaba as well as Tencent’s Meeting to hold online classes. But in due course, the Indian government shut down DingTalk too. Now the only option for Indian students to connect is through a VPN to avoid detection by the Indian government.

The time difference between the two countries doesn’t help. Some classes of course could be recorded and made us of in convenience, other classes are streamed live and start at 5.30 am, Indian Standard Time.

A small consolation for these Indian students though is that they won’t have to take the Foreign Medical Graduate Examination (FMGE) along with the practical training in China. They could first clear FMGE and then embark on practical training. Yet it must be borne in mind that FMGE is one of India’s toughest professional licensing exams. The average pass rate is a mere 14.2 per cent. The pass rate of those who studied in China is even worse—it was 11.67 per cent between 2015 and 2018.

Suhail spares 5-6 hours each day to prepare for his test. He is not sure though he would be able to do his one-year practical training internship even if he were to pass. In India, getting placed in an internship programme is cumbersome. The modules differ in length too from the ones in China. Besides, he would need approval from Wuhan University if he was to do his internship in India.

So, life is on hold. Suhail did receive a notice from Wuhan University last month, saying China “would coordinate the return of foreign students back to China”—but only when it can assure them against the further spread of the Coronavirus! For those who were hoping to get graduated from Chinese Universities this year, it’s the end of the road for their education stints.

The report quotes Hamsini Hariharan. She has been waiting at her home in Chennai for nearly a year to return to finish her two-year programme in international relations at Peking University’s Yenching Academy. Now she has received a message from her University that it was sending back her luggage and other belongings.