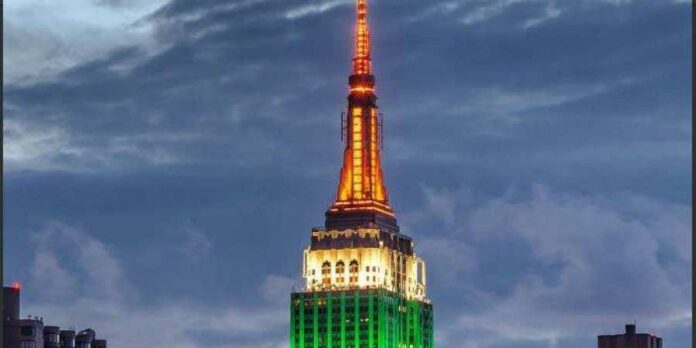 After the Ram Temple Bhoomi Pujan, it would be the Independence Day this week (August 15) which would turn Times Square in New York into an Indian affair.

The Federation of Indian Associations (FIA) of the tri-state area of New York, New Jersey and Connecticut, have issued a statement, saying “it will be creating history by hosting the first-ever flag hoisting ceremony at the Times Square to commemorate the Independence Day.

The difference between Bhoomi Pujan and Independence Day of course would be that while digital billboards were taken up in a dazzling display, the one of occasion of India’s Independence Day would have India’s tricolour unfurled at the iconic Empire State Building. This event though would be held on August 14 in New York because of the time difference.

In the past Empire State Building has been lit up in India’s tricolour.

India’s Consul General in New York, Randhir Jaiswal would be the guest of honour.

The FIA annunally organizes its flagship event—the Indian Day parade—which this year couldn’t be held due to the Covid-19 pandemic.

In the parade, in the past, top US political leaders, lawmakers, prominent members of the Indian-American community as well as celebrities from India take part in the annual parade which draws a massive crowd of tens of thousands.