Indonesia won’t have virginity tests in army from now on 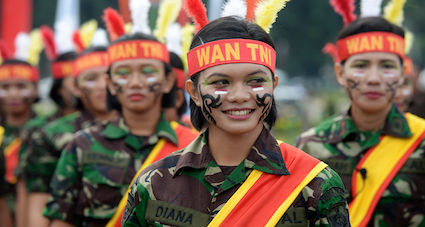 Indonesia used to conduct virginity tests on female recruits in army. It no longer would, a military spokesperson Andika Perkasa has now let the world know.

The abusive two-finger test or the virginity test conducted by the military involved using two fingers to assess whether the hymen of the woman is intact or not. For this, they had to go through a medical round in which the doctors used to put their two fingers inside the woman’s vagina to examine the hymen.

This practice was already declared to have no scientific validity by the World Health Organisation. Several human rights organisations were also against the practice.

Testing the virginity of women has been a common practice in Indonesia for decades. Starting from Indonesian school girls to fiancees of military officers, this practice has been imposed across the country. In 2010, the Jambi Regional Representative Council recommended that junior high and high school students be subjected to virginity tests. 2015 saw the same recommendation from the Jember Regional Representative Council. Virginity testing for high school students was included in the regional budget plan when Prabumulih Education Agency recommended it in 2013.

Earlier, the Indonesian police had abolished the policy. However, it is not yet known if this rule has been lifted from the Navy and Airforce as well.