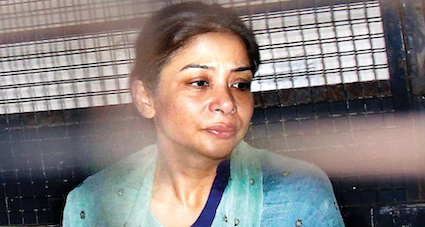 A Supreme Court bench comprising Justices L Nageswara Rao, BR Gavai and AS Bopanna granted bail to Indrani Mukerjea who has been incarcerated in connection with the Sheena Bora murder case for six and a half years.

Appearing for her before the apex court, senior advocate Mukul Rohatgi argued that his client is entitled to special dispensation under Section 437 of the Code of Criminal Procedure which allows a court to release a woman on bail even in a non-bailable offence. Observing that the trial has not progressed for a long time, he also mentioned that she didn’t seek parole even once.

Finally, the SC held, “Indrani Mukherjea has been in custody for 6.5 years. This case is based on circumstantial evidence. We are not making comments on the merits of the case. Even if the 50 percent of witnesses are given up by the prosecution, the trial would not be over soon”. The same bail conditions imposed on her ex-husband Peter Mukerjea will be applicable to her.

The SC’s order came on Mukerjea’s plea filed in February challenging the Bombay High Court order dated December 16, 2021, denying her bail. In an affidavit filed before the apex court, the CBI strongly opposed the bail plea citing that her gruesome act of planning and killing her own daughter doesn’t deserve leniency. While the former media executive had claimed her daughter is alive and asserted that suspended police officer Asha Korke met her in Kashmir, the central agency refuted this calling it a figment of her imagination.

Speaking exclusively to Republic TV on the SC order, Indrani Mukerjea’s lawyer Sana Khan said, “As of now, it is a matter of personal liberty and constitutional rights. She has been incarcerated for a very long time without any prospect of a trial commencing or even concluding in the near future. The trial has been halted for the last two years. We are very happy that she has been granted bail.”

On November 19, 2015, her then-husband Peter Mukerjea was arrested by CBI for allegedly being part of the murder conspiracy. As per the CBI, Peter Mukerjea entered into a criminal conspiracy along with Indrani Mukerjea and Khanna to murder Bora. In the supplementary CBI chargesheet filed in 2016, Peter Mukerjea was charged under Section 302 (murder), Section 120B (conspiracy) and Section 201 (Destruction of evidence). Ruling that there was no evidence to show his prima facie involvement in the crime, the Bombay HC granted him bail and Peter Mukerjea was released from jail on March 20, 2020.