Internet shutdown inside Bengal as Covid-19 gets ugly 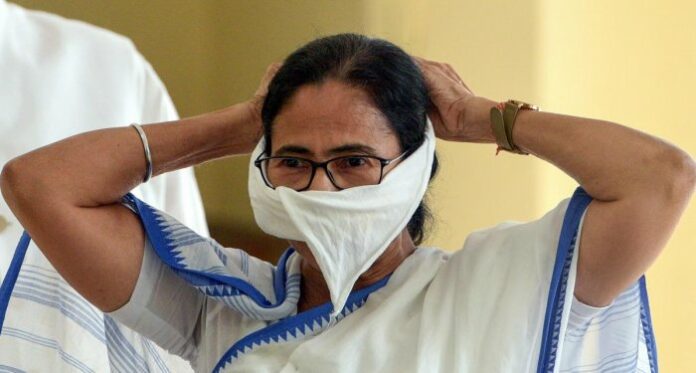 The Trinamool Congress (TMC) government of West Bengal has shut down internet connection in the Hooghly district since yesterday.

This follows the attacks on Hindus and their business establishments by Muslims in the district as per reports.

The DM order claims that fake news was being spread in the Serampore and Chandenagore subdivisions of the district by “antisocial/miscreants and “unscrupulous” persons and that the continuation of internet services could cause violence.

Further, “the Constitution of India guarantees freedom of expression to Indian citizens but at the same time allows for reasonable restrictions on the same,” states the order in defence of its stance.

As per reports, Telinipara district in Hooghly had become the ground zero of attacks on Hindu since last Sunday with bombs being hurled and business establishments belonging to the Hindu community being torched.

Locals alleged that the attacks were carried out by Muslims and the police had remained mute spectators to their ordeal.

A number of Muslims nearby who had returned from Ajmer recently had tested Covid-19 positive. They were refusing to follow the lockdown restrictions, the locals alleged.

Hooghly MP, Locket Chatterjee, commenting on the matter, has recently claimed that infected Muslims were deliberately trying to pass on the virus to the Hindu community.

The internet shutdown, this curb on “freedom of expression”, is the latest in a series of disturbing developments emerging in the Mamata Banerjee-ruled state.

As mismatch in Covid-19 figures, both of patients and fatalities, arguably the fudging of data, came to light, the West Bengal government apparently has tried to shift the blame on bureaucrats with a series of reshuffles, the latest being the transfer of state’s health secretary.

This followed the Bharatiya Janata Party (BJP) highlighting the divergent figures which the West Bengal health secretary had quoted to the Union health ministry and which left TMC government red-faced. There have been further instances of lockdown violations, violence against police and ration scams etc.

In quick successions, food secretary, Superintendent of Police, Chief Medical Officers, District Magistrates and Municipal Commissioners etc in the state have been given the boot once the disquiet in rest of India on the mismanagement of the Covid-19 pandemic in the state caught headlines.

A medical and healthcare body, in the frontline of battle against Covid-19 pandemic, has recently complained of lack of “transparency” and “harassment” by the state government which is impeding their effort.