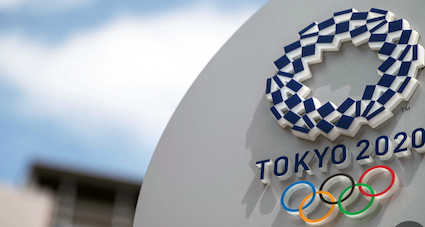 Indian Olympic Association (IOA) is fuming given the “unfair” guidelines the hosts for Tokyo Olympics has imposed on its contingent.

Even though the worst of Second Wave of Covid-19 has passed away, Japan’s decision to impose stricter lockdown for “Group A” countries to which India belongs has made for some strict restrictions.

Indian continent has been asked by the Japanese government to undergo daily covid-19 tests prior to their departure and not interact with anyone from another country for three days on arrival.

India is one of the 11 countries on which such strict restrictions have been placed. Other countries include such as Afghanistan, Maldives, Nepal, Pakistan and Sri Lanka.

Further, Indian athletes have been asked to check into the Games Villages five days before their competition begins.

The IOA president Narinder Batra and secretary-general Rajeev Mehta have questioned the new regulations in a joint statement: “Athletes are allowed to arrive in the Games Village only five days before their event. Now three days will be wasted—this is the time that athletes need to be moving towards their mode to peak. Highly unfair for Indian athletes,” read the joint statement.

“Where and when will the Athletes have their Breakfast, Lunch Dinner, etc during these 3 days, as everyone has food in the Games village food hall where all Athletes and officials of other NOCs are present all the time. If Food Packets are being delivered outside the Rooms of the Athletes then who will plan their body requirements like Proteins, food preferences etc and will it not affect the performance of athletes, who will not get their preferred diet, just 5 days before the Olympics.” added the statement.

The IOA questioned the need for the regulations given that athletes from India will be fully vaccinated and will be undergoing daily tests for a week before their departure.

“Where and when will the athletes practice as practice/training areas are never empty and Athletes and officials of other NOCs are present all the time.

“While we respect any country’s decision to keep their country safe and secure, the athletes going out of India will be Double Vaccinated, have RTPCR tests done everyday for last 7 days before leaving. Then why make the athletes suffer at a time when they need to peak, once again highly unfair for Indian Athletes who have worked hard for 5 years to be discriminated against just 5 days before the Olympics,” the IOA statement read.

Several athletes like weightlifter Mirabai Chanu, wrestler Vinesh Phogat and Javelin thrower Neeraj Chopra are training abroad and will travel to Tokyo from their respective locations. However, a major chunk of the Indian contingent will leave for the Games from India and the regulations will affect their training.