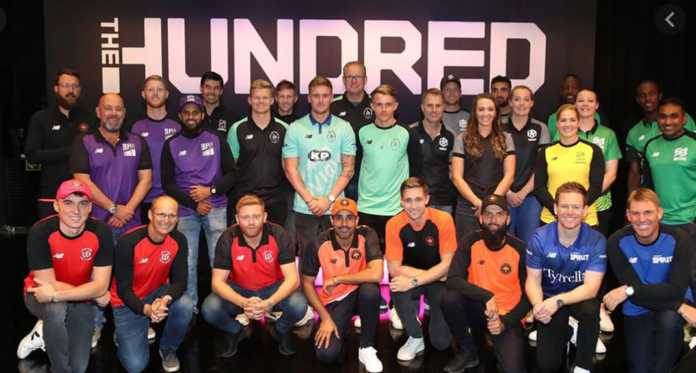 The England and Wales Cricket Board (ECB) is reportedly luring Indian Premier League (IPL) franchises by offering them stakes in The Hundred, an innovative league starting this July in England.

The England board has even offered Board of Control for Cricket in India (BCCI) a share of television rights in Asia to attract big stars like Virat Kohli, Rishab Pant, and others to take part in the tournament.

The Hundred is an upcoming cricket tournament set to be played in a new 100-ball format. The inaugural edition of the tournament is scheduled to begin on July 21 after suffering a postponement in 2020 due to the COVID-19 pandemic.

According to a report published in The Telegraph in England, each of the eight IPL franchises have been offered “25 per cent stake” in all the eight teams of The Hundred, with Rajasthan Royals (RR) and Kolkata Knight Riders (KKR) reportedly showing interest.

and chief executive Tom Harrison were in Ahmedabad for the pink-ball Test in February.

However, BCCI hasn’t cleared anything from their side. Recently two BCCI officials were also quoted saying that they were not aware of any development or talks between the ECB and the BCCI regarding The Hundred. “I am not aware of it,” one of them told, while the other concurred with him.

Other than that, It seems like English cricket fans are not very happy with this initiative by the ECB. Recently, a fan also targeted English cricket commentator and former cricketer Michael Vaughan for supporting ECB’s step to offer BCCI a stake in The Hundred.

Meanwhile, Vaughan, calling it a good business opportunity, replied to the fan and said, “Very simple … Chris don’t watch … dont go to any games … watch other cricket … it’s your choice … but I like it and have from the start & getting Indian investment if poss would be a very smart business move … #OnOn”

The Hundred will be played from July 22 to August 21, with the final slated at Lord’s, London. It is to be played by eight teams in separate men’s and women’s tournaments. The ECB is also hoping for full capacity during the matches.