IPL would resume in UAE in third week of September, says a report 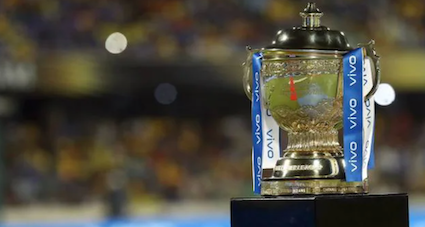 Indian Premier League (IPL) would resume in the United Arab Emirates (UAE) in the third week of September and would be played out during a three-week window, says a report.

The 14th edition of the premier T20 event in the world, suspended due to the outbreak of the second wave of the pandemic earlier this month, is planned to resume on September 18 or 19 and it would feature 10 double-header contests as teams play out the remainder of the 31 games.

The final is scheduled on October 9 or 10.

A BCCI official has told PTI that the Indian cricket team which would complete its final Test against England in Manchester on September 14 will be flown to UAE in a chartered flight.

The West Indian cricketers would also fly to UAE after completion of the Caribbean Premier League (CPL), adding there would be a three-day quarantine for players arriving from UK and the Caribbean.

The Indian team would be in England for a long overseas season. They would be in the country for three-and-a-half months to compete in six Test matches.

First there would be a one-off Test against New Zealand to decide the winner of the inaugural ICC world Test championship at Southampton on June 18-22.

Thereafter India would be engaged in a five-Test series against England, beginning August 4.