Irani lauds Bharat Bandh flop: ‘Only the Gandhi family is in pain’¦’ 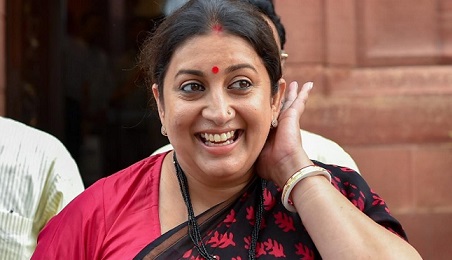 Union textiles minister Smriti Irani in an interview to Republic TV has said the failure of the Bharat Bandh, propped up by Opposition parties, is the victory of the country.

“The opposition as failed in its attempt to hijack an issue for its own political gain. To mislead the farmers, they were told in September that the government will shut down MSP operations after the bills were tabled…this (failure of Bharat Bandh) means that the opposition’s lies were busted and Punjab’s small farmer cooperated with the Centre…,” said Irani.

“The country should ask the Congress leaders shedding crocodile tears as to why they were silent when their former president Rahul Gandhi had propagated in the 2019 manifesto that they want to destroy the APMC system.”

Irani added: “A family that looted the country’s treasury, issues the call for a Bharat Bandh. But the family’s heir does not know that the country rejected this call. The country knows that it is on the way to progress. Only the Gandhi family is in pain because of this.”