Is terrorism on wane in India? Big drop in killings do suggest so 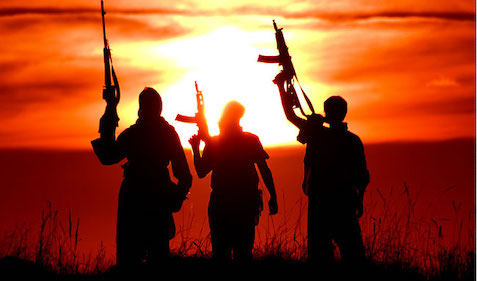 India continued to occupy number eight position in terms of being one of the most impacted countries by terrorism in 2020, according to the Global Terrorism Index (GTI) report. But between 2018-19, it was also one of the 10 nations wherein deaths from incidents of terrorism declined significantly. On several yardsticks which are used by GTI, India showed an improvement.

During the past couple of years, the overall economic impact of terrorism in India has also declined by 16 per cent. In 2019, there was a 20 per cent decrease in number of deaths in terrorism related incidents. The other nine nations among the top 10 terrorism affected had an average of 2.9 average deaths per attack in 2019. India, on the other hand, averaged only 0.5, almost six times lower.

The pattern and forms of terrorism in India are very different and complex as compared to others. In all, the government has banned 42 terrorist organisations, most of which are hardcore Islamists, secessionist and leftists in their ideological orientation. According to a recent Ministry of Home Affairs (MHA) report, the security situation has shown improvement as secessionist and communist terrorist organisations have been contained.

The most important challenges being faced by the security forces are due to the separatist and secessionist Islamist terrorist organisations. The presence of these organisations in Jammu and Kashmir in large numbers poses the most direct challenges. Among the organisations active in J&K are Lashkar e Taiba (LeT) of Hafiz Saeed, Jaish e Mohammad (JeM) of Maulana Masood Azhar, Hizbul Mujahideen (HM) and some others.

The JeM attack of February 14, 2019, in Pulwama was ranked as 17th most fatal terrorist attacks in 2019. The Pakistani government’s unstated policy of using “terror proxies” as instruments of power projection is a major irritant. This has been identified by the Central government in India as  the number one reason for fostering terrorism in J&K.

After the abrogation of Article 35 A, and restating of Article 370, some commentators had predicted a spike in terrorist violence. However, contrary to these predictions, the security scenario has shown a marked improvement. A 30 per cent drop has been recorded in number of terrorist attacks on civilians and security forces since then. Simultaneously, the number of terrorists arrested as also their hideouts busted have shown a significant rise.

Significantly, the conditions on International Border (IB) and Line of Control (LoC) with Pakistan have deteriorated after the abrogation. Ceasefire violations have occurred far more frequently and on a much larger area than recorded earlier. This is attributed by the Indian security agencies to Pakistani attempts at pushing in infiltrators into the Indian territory.

Incidentally, out of the seven terrorist attacks in last four months, at least five were directed towards the BJP workers. This is significant in that it perhaps also indicates an emerging trend in the pattern of terrorist violence.