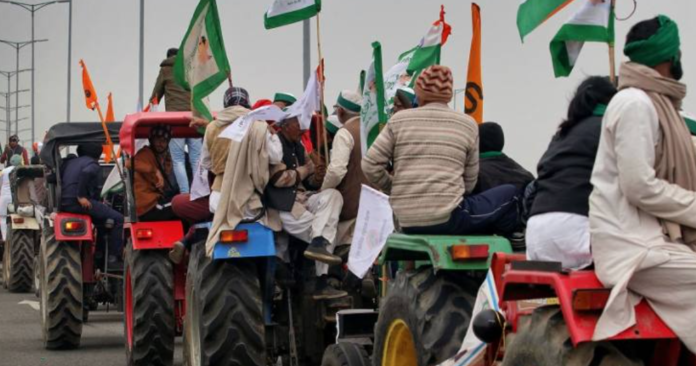 Though protesting farmers have been allowed to bring in their tractors in the Capital on Republic Day on Tuesday, the Delhi Police has informed them that there is a “huge conspiracy” hatched by Pakistan-based ISI and rogue elements linked with “Khalistani outfits” to hijack their rally.

The Delhi Police had said more than 300 Twitter handles have been traced to Pakistan that have been created to sabotage the rally, which was announced earlier this month amid farmers’ standoff with the government.

Across the national capital, security has been heightened at the power stations that are likely to be targeted, say sources, citing a video by banned separatist group – ”Sikhs for Justice”. Delhi Police and other security agencies are also on high alert. Last year, the centre had upheld its ban on the outfit under the anti-terror law  – UAPA or Unlawful Activities (Prevention) Act. Radical separatist Jarnail Singh Bhindranwale’s posters are also likely to surface during the rally.

On Sunday, a series of restrictions were announced by the Delhi Police as they allowed the farmers – protesting near Delhi’s borders since late November – to enter the national capital, stressing “they can’t disturb the Republic Day parade”.

The nod came after a series of meetings as the Supreme Court asked the cops to take the final decision in this matter of “law and order”. Earlier, the government has opposed the rally on the Republic Day, saying it would be an “embarrassment for the nation” because of the timing.