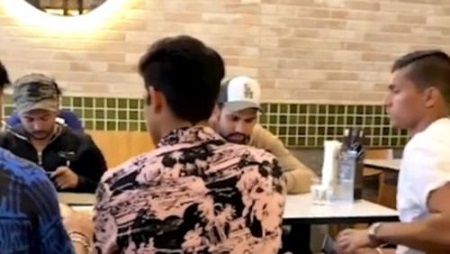 Team India’s five isolated players along with other members of the national team will leave for Sydney for the 3rd Test match of the Border-Gavaskar Trophy on Monday (January 4). Since the five players – Rohit Sharma, Rishabh Pant, Navdeep Saini, Prithvi Shaw and Shubman Gill – were put under isolation, there were doubts if they would be available for the selection for the 3rd Test match.

As per PTI, they will leave with other members of the team, which sort of confirms that they will be available for selection. “If you carefully read the CA statement, they never said that it’s a breach. They said that they are seeking to determine if it’s a breach. So, there is no restriction on these five players travelling with the team to Sydney. The entire team is flying tomorrow afternoon,” a senior BCCI official told PTI.

The matter of alleged bio-bubble breach came into the limelight after a fan posted a video of five players from a restaurant on the first day of the year. 24 hours later, Cricket Australia released a statement in which they wrote that the five players are now under isolation.

The players’ availability will be a big boost for the visiting team. Rohit, who was appointed as the vice-captain for the first time, is confirmed to play the 3rd Test match. If he opens, then he might replace Mayank Agarwal. If asked to bat in the middle-order, he might replace Hanuma Vihari.

Shubman Gill, who replaced his former U-19 captain in the second Test for his debut, is confirmed to keep his spot. Rishabh Pant is also confirmed to feature in the playing XI.

Prithvi Shaw, the fourth isolated player, isn’t in contention while Navdeep Saini’s wait to make his debut is also likely to extend. The third of the series kicks off on January 7.