IT ministry and its dozen handles move out of twitter 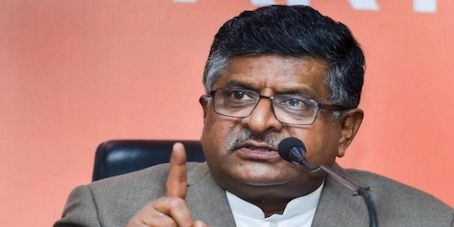 The Ministry of Electronics and Information Technology (MEITY) took a bold step and moved to a homegrown Twitter-alternative platform called Koo along with its dozen of its organizations after Twitter didn’t respond to the government’s notice filed last week.

The move came after Twitter did not comply with the Indian government orders of banning and removing the anti-Indian and Khalistani accounts from their platform, considering that the majority of those accounts are automated and are used to spread misinformation and provocative contents to farmers protesting in India.

Recently, Twitter CEO Jack Dorsey had come under the target for liking several tweets that hint at an anti-India bias. Sources within the Ministry said, “It is also pertinent to note that a few days ago global CEO of Twitter Jack Dorsey had liked several tweets made by foreign based celebrities in support of farmer protests. In view of this, defiance of Government orders by Twitter raises several questions.”

It is only recently that Twitter had refused to block accounts that trended a hashtag on the platform that accused Prime Minister Modi of attempting a ‘farmer genocide’.  In a strongly-worded notice to Twitter, the Ministry of Electronics and Information Technology said it had on January 31 asked the micro-blogging site to block 257 URLs (web addresses) and one hashtag under the relevant provision of the law as they were “spreading misinformation about (farmer) protests and has the potential to lead to imminent violence affecting public order situation in the country.”

Twitter had blocked around 250 accounts, following an order from the Ministry of Electronics and IT but later on unilaterally unblocked accounts and tweets despite the strong worded notice.

Sources also noted that “Twitter has not yet challenged any of these orders in any court of India either. Logically any company is free to appeal against any Government order if it feels it cannot comply with that order.” Thus, quite clearly, the platform is choosing to restrict speech and permit them on the basis of their convenience.