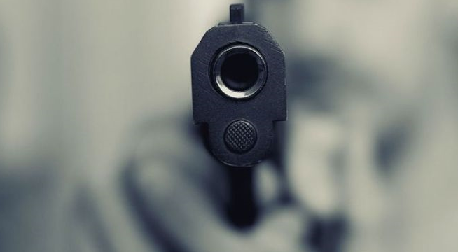 The last day of the year 2020 brought misery to the family of Nischals in Srinagar as terrorists shot dead Satpal Nischal Sharma. Proprietor of popular Nischal Jewellers, Satpal had spent nearly half a century in Kashmir as an “outsider”, after moving in from Amritsar in Punjab. After the abrogation of Article 35 A on August 5, 2019, and the issuance of new rules in May last year, he had acquired a domicile certificate.

The certificate had enabled him to buy a shop and a residential house in Indira Nagar near Badami Bagh cantonment. He was shot at from close quarters by terrorists and the responsibility for his killing was claimed by The Resistance Front (TRF). A shadowy terrorist organisation, TRF draws its cadres from Pakistan-controlled Lashkar e Taiba (LeT) and Hizbul Mujahideen (HM) mainly.

A rabidly radical Islamist group, the name TRF helps it mislead ordinary people about its real intent, purpose and distance it from Pakistan in public. In other words, it is only a smokescreen sought to be created by LeT and HM. According to intelligence agencies, the group was created by some Pakistani handlers to deal with post-August 5, 2019, developments.

Incidentally, Jammu Kashmir Liberation Front (JKLF) led by Yaseen Malik, now in Tihar jail, was the only other group which claims “secular credentials”. All other groups operating in J&K have names which are openly Islamic and the imposition of Sharia laws in the territory is the stated objective of most of them. The deceased Satpal was branded as an “occupier” by his killers who also said on social media that the killing was meant to deter others like him.

The creation of TRF by Pakistan is attributed to the pressure faced by it from Financial Action Task Force (FATF). By mere renaming of various terrorist organisations, its well-wishers hope to be able to hoodwink the global body. This is a ploy Pakistan had successfully used in case of LeT and Jamaat ul Dawa (JuD) controlled by Hafiz Saeed in the past.

This incident can bring the focus back on question of domicile certificates being given to those people who were Non Permanent Residents (NPRs) under the old definition of Permanent Residents. The peaceful conduct of District Development Council (DDC) elections and filling up all vacancies in panchayats have apparently challenged the narrative being set by secessionist elements. It may be mentioned here that TRF’s name had surfaced in a number of killings last year also. But practically on ground it is nothing but LeT and HM cadres operating under a new name. The stance of most Kashmir-based political parties to the incident, barring one, was not known as no statements were sent by them to media houses

Apni Party chief Altaf Bukhari condemned the killing of the goldsmith unequivocally on Thursday evening itself, within hours after the unfortunate incident. Some nuanced statements can, however, be expected to be made on Friday.

In the past, such incidents were often widely reported in some local newspapers, both English and vernacular Urdu. That has changed over the past 18 months and the changed tenor is visible in most narratives.