Jadeja says more than wickets the run-out is standout moment 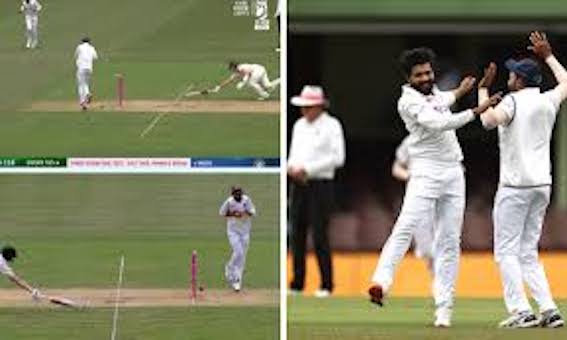 Indian all-rounder Ravindra Jadeja says he tried to vary his pace and create angles to make the most of the pitch at the Sydney Cricket Ground, after his brilliant four-wicket haul that reduced Australia to 338 on day two of the third Test between India and Australia.

“The idea was to create pressure as this wasn’t a wicket where you would get a chance in every over. You can’t bowl all deliveries at the same pace on this wicket as there was no turn on offer. You had to mix and match and create angles,” said Jadeja while talking about his plans. He also added that while a three or four-wicket haul is fine for him, but what will stay for forever with him Steve Smith’s run out. Jadeja returned with figures of 4/62 in 18 overs besides getting rid of centurion Steve Smith with a brilliant direct hit.

Asked what will he like to watch, the four wickets he got, or the run-out, the senior all-rounder replied: “I will rewind and play this run-out as this is my best effort. A direct hit from outside the 30-yard circle and that’s like a moment that gives you that satisfaction.”

Talking about his batting skills, the multi-skilled cricketer said he has been able to do well with the bat also and not only in India but outside India too. Jadeja currently bats at number seven but won’t mind batting higher up the order. When asked about at which position, he would like to bat he didn’t specify the position but said, Initially, if I get the start, then I play in a flow. It is good if I bat high up in the order.”

“The higher up the order I bat, I play with more responsibility, and playing with the top-order batsman, you interact and gain confidence. About what we need to do and what we don’t need to do,” he added further.

He also praised young teammate Shubman Gill, who struck his first Test fifty on Friday. “He has the temperament to play long innings. He got a good start today. He is showing good signs. Hopefully, he will have a long career.”