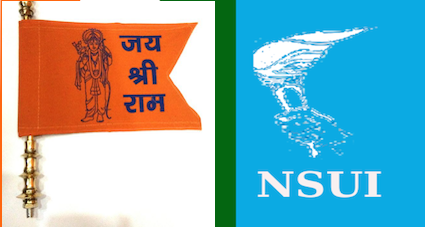 The Jharkhand unit of the National Students’ Union Of India (NSUI), the students’ wing of the Congress, has expelled seven leaders for exchanging ‘Jai Shree Ram’ greetings on a WhatsApp group, as per a report.

“These people promoted factionalism against NSUI district president and promoted a particular religion in NSUI’s official WhatsApp group. All these leaders are being expelled immediately from the NSUI for three years for their anti-party activities, social media posts against party lines organisational protocol, and promoting factionalism within the organisation,” Tirkey stated in the order.

“This is promoting appeasement. Now, Congress has an objection to Jai Shri Ram in Jharkhand after Mamata Banerjee opposed it in West Bengal. Congress’ student wing taking Lord Ram’s name in Lord Ram’s country. Top Congress leaders raise doubt over the existence of Lord Ram, who is revered and worshipped by billions of Hindus,” said Singh.