Jaishankar skips Canada-led meeting: Is it due to Trudeau’s ‘interference’? 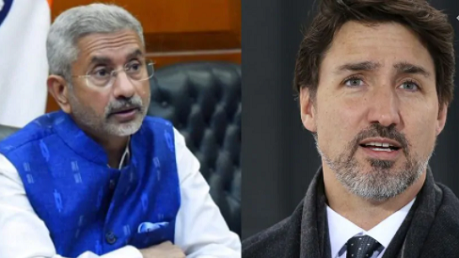 India’s foreign minister S Jaishankar is to skip Canada-led group of foreign ministers meeting and the reason could be the unsought-for criticism by the Canadian prime minister Justin Trudeau on the farmers’ protest, as per ThePrint.

The report says that Jaishankar has excused himself from the December 7 meeting, claiming “scheduling” issues.

It must be remembered that Trudeau had expressed his “concern” over agitating farmers issue in India. In response, the Ministry of External Affairs had summoned the Canadian High Commissioner to India and expressed its displeasure.

India had then said that Trudeau’s remarks were “unwarranted”, “ill-informed” and “constitute an unacceptable interference in our internal affairs.”

The meeting, called Ministerial Coordination Group of Covid-19 meets once a month and Jaishankar had taken part in it last month.