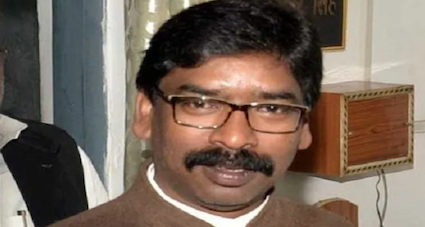 Jharkhand chief minister Hemant Soren stooped to a new low when he announced that the ”kafans” (shrouds to cover bodies) would be made available free to people who die due to Covid-19.

“Nobody will have to purchase ‘shrouds’ in Jharkhand, as it will be made available to everyone for free all over the State,” announced the state government.

Terming it as shameful and disgusting, Bharatiya Janata Party has launched a scathing attack on the ruling party. In spite of distributing free medicines, ration, and vaccines; the Jharkhand Mukti Morcha-led alliance is planning to distribute free shrouds to the people of this State, it said.

BJP spokesperson, Kunal Sarangi said, “This is probably for the first time that in spite of focusing on public health, the priority of any government has been confined to death and shrouds. It shows how unprepared this government is for the ongoing second wave and the possible third wave of coronavirus being speculated by health experts.”

Sarangi further added that the state government should focus on improving health infrastructure in the state.

Responding to Soren’s decision, BJP Jharkhand president  Deepak Prakash also trained his guns towards Soren and said while the central government is planning to save lives, the state government is distributing free shrouds.