Jolt to Kamal Haasan; key aide leaves him for BJP 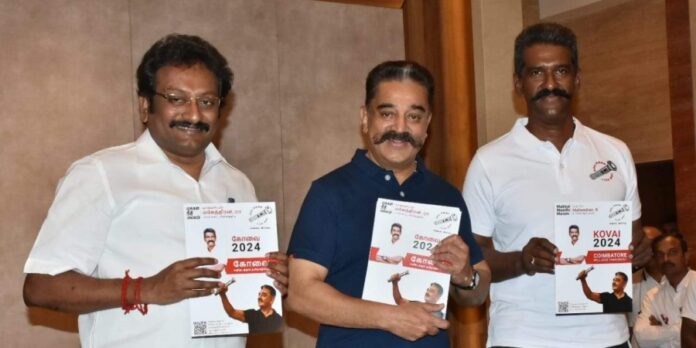 In a classic script, actor Kamal Haasan found his own aide, one of his core members in his party Makkal Need Maiam (MNM), jump to rivals Bharatiya Janata Party (BJP) while he himself was on a campaign trail ahead of the upcoming assembly polls in Tamil Nadu.

A Arunachalam, general secretary of the MNM, joined the BJP in the presence of union minister Prakash Javadekar at the party’s office in Chennai. He hails from a village in Tuticorin district and is said to have established the groundwork of Haasan’s party in rural Tamil Nadu.

Following the move, Tamil Nadu BJP leader Khushboo Sundar said, “As far as BJP is concerned it is gaining the trust of people when people have been saying that BJP cannot make a mark in the South; but we have proved them wrong. We have proved ourselves in Kerala and Telangana. We have even won in Jammu and opened an account in Kashmir. The confidence that people are showing in BJP is tremendous and the fact that everyone is joining BJP is because they believe in the leadership of PM Modi. Our door is open for all and we work for people.” Khushboo, herself an actor-turned-politician was earlier with Congress before joining BJP a few months earlier.

Kamal Haasan has started his campaign for the Tamil Nadu polls and is currently in its second leg.