Just a toehold for Abdullah and others; but a fodder for hostile voices 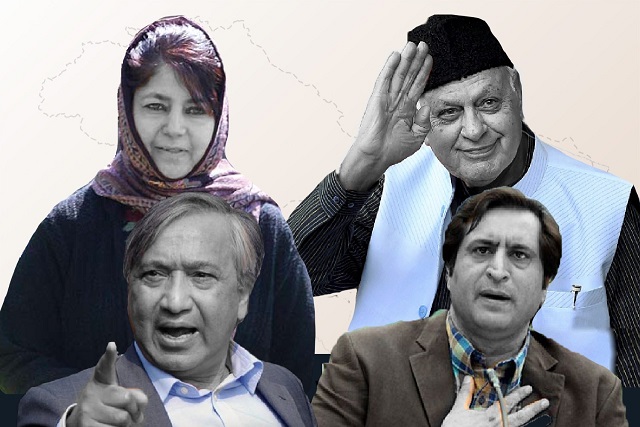 A couple of days ago, leaders of six political parties issued a statement in Srinagar reiterating their commitment to Gupkar Declaration of August 4, 2019. The initiative for the statements was taken by National Conference leader and party MP Farooq Abdullah. It was picked up by Pakistan’s foreign minister Shah Mehmood Qureshi last evening.

The statement is hardly likely to change anything on ground, except giving handle to Pakistan to take up the so-called Kashmir issue. Both domestically and in International fora in the coming days.

According to the statement, the relationship between Delhi and J&K has changed after several steps were taken by the Centre on August 5, 2019. It added that all these parties will work unitedly for restoration of “special status of J&K”.

It also claimed that whatever changes were effected in the Indian Constitution on August 5 last year were “unconstitutional” and they try to “redefine who we are”. Incidentally, the changes were debated in the Rajya Sabha and the Lok Sabha in presence of members of all political parties and were passed with a clear two-thirds majority.

Congress leader Mir said that the political parties should wait for the Supreme Court verdict on Article 35 A and other related issues. Incidentally, the Jammu Kashmir Apni Party (JKAP), headed by Altaf Bukhari, kept out of any deliberations on Gupkar Declaration.

It seems the coming together of these parties is to try to gain a foothold in the politics of the UT in the changed circumstances. They have remained totally marginalised through the last 12 months and hardly have a say in the goings-on in Jammu and Kashmir now.

Noted commentator K B Jandial, a former IAS officer, saye: There is a logic for Kashmiri leadership to unite. It is for political existence & survival of domination over J&K, as existed earlier. Kashmir, a monolithic territory with 99.9% population of one faith, is very different from Jammu which is miniature India with significant presence of people all faith.

He cautioned that the road ahead for the Jammu region is “not smooth”, apparently because Kashmir has dominated all narratives about J&K so far. Yet, the easy relationship of the region with the mainland India is a huge positive factor.

This clean breaking away from the past is being welcomed by people as it cleans the slate of these old bloodsuckers. Only politicians, their chamchas and their declared and undeclared wives in media / academia and their daughters worry about politicians. Kashmiris don’t care about discredited leaders anymore; they just want good, responsive, curruption-free governence at doorstep.

A BJP leader Darakdhan Andrabi said these “political extortionists” have already done so much damage to Kashmiris. They must be rejected outright so that all-round development can take place.

In the coming months, it is expected that a fresh delimitation of legislative assembly and Lok Sabha segments can tilt the political balance in favour of the Jammu region. Besides, issuance of domicile certificates to West Pakistan refugees, Valmikis and Gorkhas can also alter the relative political weightage of the two regions, with Kashmir-centric discourse getting less traction.

What does Farooq Abdullah then hope to achieve by declaring that he and others will work for restoration of special status? If truth be told, it helps all these people to keep the pot boiling and use it as a bargaining chip in their behind the scenes parleys with the Centre.

At another level, the discontent among average Kashmiris can be stoked in this manner. All this can be expected to give a bad press to India, both internally and externally.