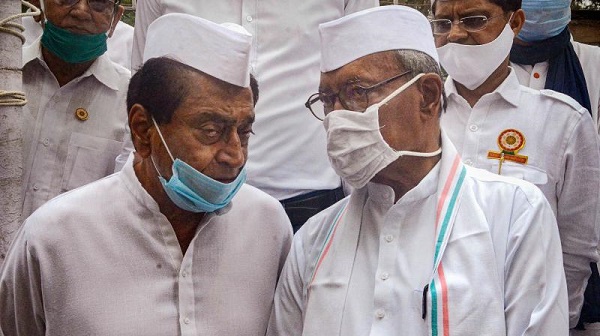 “If someone has betrayed the people of Madhya Pradesh, it is Kamal Nath and Digvijay Singh who did not waive the loans of farmers even in a time of 15 months. Instead, they left behind a loan of Rs 8000 crore for the Shivraj Singh Ji’s government in Madhya Pradesh” Scindia said while addressing the rally

Scindia was addressing a rally during a Bhumi Pujan event of development works worth Rs 70.84 crore and the inauguration of works worth Rs. 21.08 crore in Dimani, Morena district of Madhya Pradesh, Scindia lashed out on the former Chief Minister Kamal Nath and veteran Congress leader Digvijay Singh.

Meanwhile, the present Chief Minister Shivraj Singh Chouhan has released Rs. 2,990 crores in the account of 15 lakh farmers as soon as he took office, said Scindia.

Along with 22 MLAs, Scindia has resigned from Congress and has joined BJP in March.