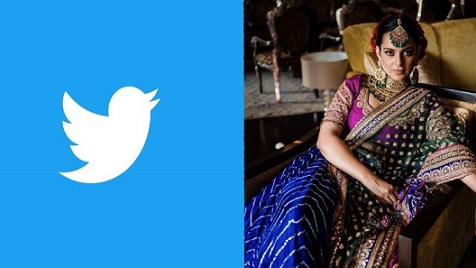 Actress Kangana Ranaut has demanded that Twitter be banned in India as it was “Hinduphobic” and “anti-national”. Her attack on the microblogging site came as it had shown Ladakh region as part of Jammu and Kashmir, instead of being a separate Union Territory (UT).

Earlier, Twitter had committed another major faux pas when it showed Ladakh to be a part of China. At one time, it had removed the profile photo of Union Home Minister Amit Shah, and termed it as an “inadvertent error”.

Amit Shah’s Twitter handle was also blocked in this episode and the decision was later rescinded. The management had also issued a clarification.

Incidentally, the Central government has issued a notice to Twitter for showing Ladakh as part of J&K. The decision to carve out a UT of Ladakh was taken by sovereign Parliament and Twitter behaviour has left many MPs fuming.