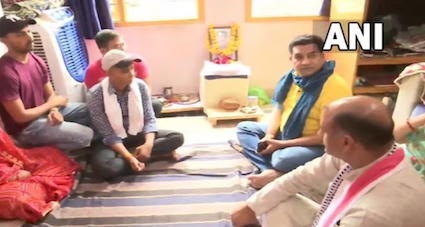 Popular Bharatiya Janata Party (BJP) leader Kapil Mishra has received a threat to his life for which he has alerted the Delhi Police to identify and take action against the person.

The name of the sender of the e-mail is Akbar Alam with the email ID amberalam7076@gmail.com.

The screenshot suggests the email was sent on July 3, 7.48 pm.

Kapil Mishra has recently raised funds for the slain Hindu tailor Kanhaiya Lal and had gone to meet his family in Udaipur. As per reports, Mishra raised Rs 1.70 crores for Kanhaiya Lal’s family.

Incidentally, Akbar Alam purportedly had issued a similar email to Naveen Jindal, vowing to cut the latter’s head off.

Both emails have in attachment the viral clip of Udaipur tailor being butchered by Islamists.

Kanhaiyalal was beheaded for his support of ex-BJP spokesperson Nupur Sharma.