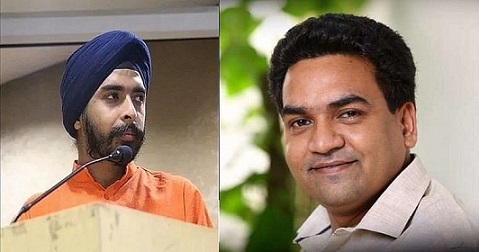 BJP leader Kapil Mishra has tweeted that he and a fellow party leader Tajinder Pal Bagga were arrested from Rajghat where they had called for a peaceful protest against Uddhav Thackeray-led Mahavikas Aghadi government in Maharashtra for arresting Arnab Goswami, editor-in-chief of Republic TV.

Earlier, Mishra had tweeted on Saturday thus: “Friends the atrocities against Arnab Goswami have reached its climax. Have to get down on the streets. Tomororw, 8 November at 9 am Rajghat. Set Arnab Goswami free.”

Bagga too had posted the protest details in his tweet, urging everyone to come together, carrying national flag.

Mishra, at the time of the protest, conveyed through his twitter account that Delhi Police had imposed Section 144 around Rajghat. An hour later, he again tweeted that he and Tajinder Bagga had been arrested by the police and taken to Rajendra Nagar police station.