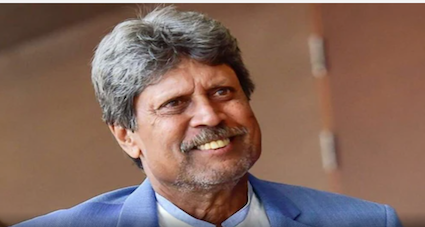 Indian legendary all-rounder Kapil Dev heaped praise over opener KL Rahul and said Rahul could become a huge asset for Team India in the 2021 edition of the ICC World T20.

In an exclusive interview, when Kapil Dev was asked, ‘Who among the current lot of young players does he love to watch?’, he quickly responded to the question with Rahul’ name.

“I just love to watch KL Rahul bat. He has so much confidence in the shots he plays and now, with all the experience. Rahul can be a huge asset for India in this T20 World Cup. I have always enjoyed seeing him play, and I feel he will do a lot of good things for Indian cricket going forward,” he was quoted saying.

KL Rahul blazed 51 runs towards England within the first warm-up match as he hammered six fours and three sixes for his half-century in 23 balls.

Beyond that, when asked if the Indian team has a chance to win the coveted World Cup trophy, Kapil Dev said: “I don’t answer that question as you know. Rather, I would say they need to make it to the top 4. That should be the goal, then a completely new tournament starts. And yes India definitely have a top 4 spot!”

The Indian cricket team is set to begin their campaign in the ongoing T20 World Cup with a blockbuster clash against arch-rivals Pakistan on October 24th at the Dubai International Stadium.