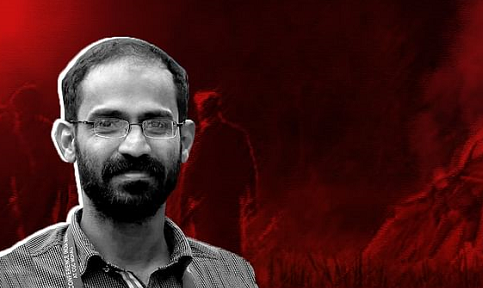 Uttar Pradesh government said in the Supreme Court on Friday that the habeas corpus petition filed by Kerala Union of Working Journalists (KUWJ) for the release of Siddique Kappan was not maintainable. In an affidavit filed before a Bench headed by Chief Justice SA Bobde, the UP government said Kappan was “going to Hathras to create a caste divide and disturb law and order”.

The affidavit further accused him of “carrying incriminating material”. Solicitor General Tushar Mehta said Kappan was using the identity card of a newspaper named “Tejas” which had already closed in 2018. The accused was actually the office secretary of People’s Front of India (PFI) and falsely claiming to be a journalist.

Refuting the KUWJ claim that Kappan was innocent, the affidavit said he had close links with PFI. Kappan’s family was immediately informed after his arrest by the Mathura police, contrary to the claims being made, it said.

The UP government affidavit says that Kappan was allotted to talk to his family as also lawyers after the arrest. It says the arrest was made under CrPC Section 151. During investigation, it was found that Kappan wanted to create disturbances in Hathras.

The affidavit says that nobody from Kappan’s family has come to meet him till date. Besides, he has never made any request for being allowed to meet any lawyer or a family member either.

The Solicitor General questioned the locus standi of KUWJ in the matter, saying Kappan has interacted with his family on three occasions telephonically, on November 2, 10 and 17. He also said that Kappan is already being represented by some lawyers before the trial court.

He challenged the filing of the petition in the apex court under Article 32, saying Kappan was not under illegal custody. He has duly been sent to judicial custody by a competent court, Mehta said.

The UP government affidavit stressed that instead of moving the apex court, Kappan should go to the jurisdictional high court, in this case the Allahabad High Court. It also said that no fundamental rights of the petitioner had been violated as claimed by his lawyer Wills Mathews.

The counsel had claimed a violation of D K Basu judgment of the Supreme Court “against malicious prosecution and wrongful arrest”. After hearing both sides, the court posted the next hearing of the case after a week. It also directed Kaplan’s counsel to respond to the UP government affidavit.