Karachi will one day be part of India, says Devendra Fadnavis 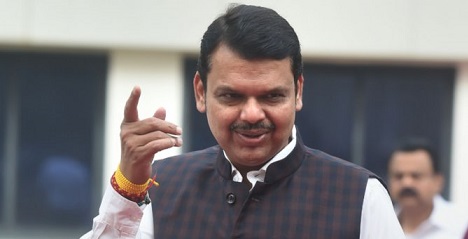 Former Maharashtra chief minister Devendra Fadnavis has said that one day Karachi city of Pakistan, once a stronghold of Sindhi Hindus, will be a part of India. Fadnavis said that he believes in the concept of “Akhand Bharat” and Karachi will be i’s part someday, as per a report.

He was responding to a question about a Shiv Sena activist asking owner of “Karachi Sweets” in Bandra to change its name. The activist had said that the name should be changed to something that seemed more Indian, or Marathi. The incident was widely reported and Sanjay Raut had issued a clarification that this was not Shiv Sena’s stand.

He said the shop has been around for more than 60 years. Karachi Sweets and Karachi Bakery have been in Mumbai for a long time and they have nothing to do with Pakistan, Raut said.

At the beginning of this month, Union Defence Minister Rajnath Singh had said that be it Pakistan Occupied Jammu Kashmir (POJK), or Gilgit-Baltistan, these areas were in illegal occupation of Pakistan. These areas were integral part of India and Modi government will change the face of Jammu and Kashmir in the coming days. So much so that people living under the illegal occupation of Pakistan will demand to be made a part of India.

Incidentally, on February 22, 1994, during the rule of PV Narasimha Rao, Parliament had passed a unanimous resolution declaring that these areas were a part of India. The resolution had also said that India reserves all rights to take back these areas by all means available to it.