Kejri alleged to be spending Rs 9 cr on residence: Silence of Media called out 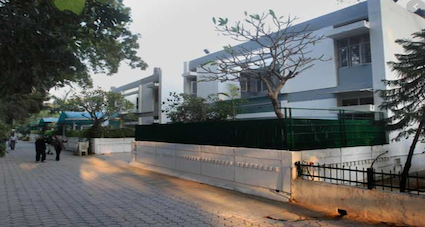 Bharatiya Janata Party leader Naveen Kumar Jindal posted a video on his Twitter account, claiming that the CM has decided to spend crores on giving his residence a makeover.

“At a time when the residents of Delhi are struggling for 1 litre of clean water, he (Arvind Kejriwal) is building a swimming pool in his residence,” Jindal was heard saying in the video while showing papers of proof.

Jindal also presented an order issued by the Delhi government that mentioned a tender of a whopping amount of Rs. 8,61,63,422 has been approved for addition/alternation in the residence of the Delhi chief minister.

Jindal also targeted media outlets and news channels for their silence over the matter.

The Arvind Kejriwal-led Delhi government has spent nearly Rs. 150 crores from January 2021 to March 2021 on advertisements and publicity through various mediums.

Recently they also claimed that 27 oxygen plants were installed in Delhi amid the pandemic, however, none of them were installed by the Delhi government.