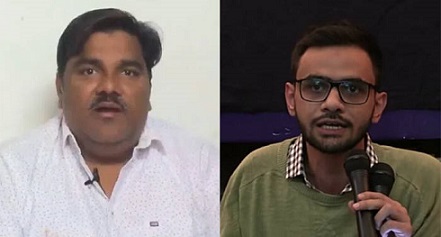 The Delhi government led by Arvind Kejriwal has given the prosecution sanction for Aam Aadmi Party leader Tahir Hussain, Umar Khalid, Sharjeel Imam and some others for their alleged involvement in anti-Hindu riots. In all, the Kejriwal government has given the go-ahead to bring sedition charges against 18 people. The AAP government has finally given its assent to prosecute far-left protestors and radical Islamists now.

Those against whom prosecution sanction has been given include Natasha Narwal, Devangana Kalita, Ishrat Jahan and 15 others. Kalita and Narwal are among the founders of far-left “Pinjra Tod” group, claiming to work for gender parity. Both were booked under Unlawful Activities Prevention Act (UAPA) for inciting the riots.

The police had sent a request for grant of prosecution sanction against some of these people in mid-September. It had also told court that it was awaiting the go-ahead from Kejriwal’s government to file chargesheets against the accused.

The Delhi government is satisfied “prima facie the accused persons had committed the acts of sedition and criminal conspiracy”. The prosecution sanction has been approved by Lieutenant Governor Anil Baijal.

Meanwhile, one of the accused Omar Khalid has claimed that he was not being provided medical care for toothache he was suffering from. Chief Metropolitan Magistrate Dinesh Kumar has directed the Tihar Jail authorities to provide medicate to Khalid and report compliance.