“Kejri is not saying he opposes Khalistanis,” asserts Vishwas 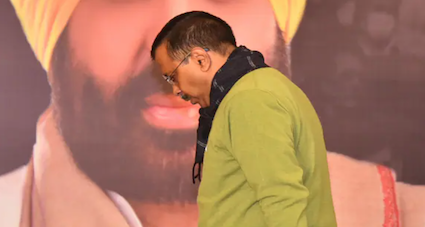 Delhi chief minister Arvind Kejriwal “is not saying” of having links with separatist outfits, and his reaction has proved that “I was right” said Kumar Vishwas, poet and one-time political colleague of Kejriwal.

“Arvind Kejriwal is not saying that he’ll oppose Khalistanis. If he does that, people who have invested in him will be unhappy…What I said in anger and his reaction proved that I was right…Neither I gave my resignation nor did he have the capacity to remove me,” Vishwas added.

Earlier this week, the former AAP leader made waves as he claimed that Kejriwal wanted to become either the Chief Minister of Punjab or the “first Prime Minister of an independent nation of Khalistan”. The Delhi Chief Minister, he had alleged, had connections with separatists in Punjab and those having sympathy with separatists used to come to his house for meetings during the last assembly polls.

Meanwhile, Home Minister Amit Shah and Punjab Chief Minister Charanjit Singh Channi found themselves on the same side of the issue as the latter wrote to the BJP leader contending that banned organisation Sikhs For Justice was exhorting the electorate of Punjab to vote for the AAP in the February 20 Assembly elections.

Meanwhile, it’s been reported that the Centre has provided “Y” category VIP security to Kumar Vishwas.

Vishwas however indicated that he was unaware of the developments. “Neither I asked for Y category security nor do I want it. I have not received any message from the authorities about the security. It is the work of the agencies and government to think about the security of their citizens… I am not on talking terms with him (Kejriwal),” the politician added.